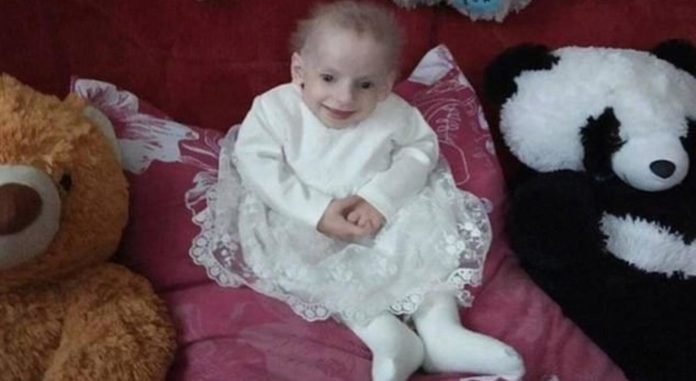 An 8-year-old girl living in Ukraine died of “premature aging” disease in only 160 people in the world. The incident reminded us once again that diseases are not a problem that only ‘old’ people face.

Anna Sakidon, 8, living in Ukraine, has been battling Progeria, a rare genetic disorder disease, since her birth. According to the report published in the Daily Mail newspaper of England, Sakidon lost his life by being defeated by the disease recently.

Progeria is known in the public as “early aging” or “old age” disease. Anna Sakidon was also diagnosed with progeria. Therefore, the body of the little girl who died at the age of 8 was like the body of an 80-year-old person.

1 year for the bodies of children diagnosed with progeria is equal to 8 to 10 years. Due to Progeria, children’s organs are aged 8 to 10 years in 1 year. Anna Sakidon’s body, who died at the age of 8, was therefore as old and worn as an 80-year-old person.

Nadezhda Kataman, the doctor of Anna Sakidon, who made a statement about the disease process, said, “The bones were developing very slowly while Anna’s internal organs were diagnosed very rapidly.” Kataman also explained that Anna had a stroke several times before she died. Anna’s paralysis also caused her death.

Scientists from the Netherlands, who are working on Progeria syndrome, said that the disease occurs in 20 million. There are around 160 children in the world currently diagnosed with progeria syndrome.

Whatsapp will gain new features! Here are the details