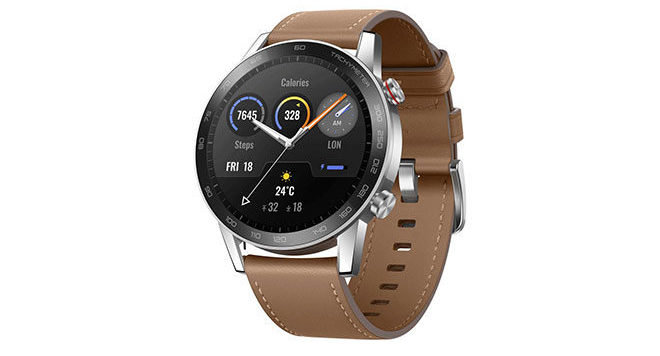 Huawei’s sub-brand Honor’s popular smartwatch MagicWatch 2 has announced new straps and features. In the statements made, it was stated that consumers can now purchase 8 different new belt models, while 2 new features are approaching with updates.

Serving as the sub-brand of Chinese technology giant Huawei, Honor has been able to attract attention with its technological products from time to time. The company, which has introduced its new smart watch called “MagicWatch 2” to consumers in the past, seems to be pleased with the interest shown in these smart watches.

We can clearly say that Huawei focuses on new Honor branded smart watches. However, the company does not want the interest in MagicWatch 2 to decrease until it meets the consumers with a new smart watch. In this context, Honor has announced its new straps designed for use in its latest smartwatches and the two upcoming features of MagicWatch 2.

The new belts announced by Honor are called “Easy Fit” and come in 8 different models. While the company produces 6 belt models from fluoro-elastomer material, the company has preferred to produce 2 models as leather. According to the statements made by Honor, consumers will be able to purchase green and purple models when they want to prefer leather belts, and yellow, green, light and dark blue, purple and pink colors when they want to prefer fluoro-elastomer belts.

Honor announced that it produced 9 different models of belts in addition to all belts in the Easy Fit series. Saying that these special belts are developed with famous designers, Honor said that only a limited number of users can access these belts. In the statements made by Honor, the prices of the specially produced belts are not mentioned, while the price of the Easy Fit will be 35.9 euro.

The new features that Honor is preparing to offer for MagicWatch 2 seem to make the lives of consumers much easier. One of the features that will be offered by remote update method will be to measure the amount of “SpO2”, also known as oxygen saturation of blood. Thus, consumers will be able to monitor oxygen in their blood in detail during different activities.

Another feature of Honor MagicWatch 2, which will be offered with remote update, is of interest to female users. According to the statements made by Honor, this feature will be able to actively monitor the menstrual cycle of women. This feature, which has been prepared in detail, is; It will show data such as the probability of getting pregnant, how long it is before your period. Users will also be able to set an alarm for a few days before if they wish.

TSMC and Broadcom Partner for 5nm Chips to be Used on...