Home Entertainment 8 ‘Mad’ Movies And Series Based On Games

Series: The marriage between games and movies/series is not something recent, and unfortunately it has caused us several disappointments over the years. However, some of these projects ended up standing out among fans because of their loyalty to the theme, setting or script, and that’s exactly what we’ll talk about in this article.

Check out below eight game-based projects that ended up falling in public taste. By the way, use the comments section to share what you think of the names mentioned below and also tell us what your favorite adaptations are.

When Netflix announced that it was working on an animation based on one of Konami’s biggest series, we have no doubt that many fans were delighted with the news. And, to the delight of many, the result of this undertaking based on Castlevania III: Dracula’s Curse was really great: iconic characters are present, the product doesn’t skimp on some more violent scenes and, to top it off, it has a good finish.

Here’s another case of adaptation to the world of series that worked very well. When the project was announced, fans of the CD Projekt RED series were curious to see how things were going, especially after the announcement of Henry Cavill as protagonist Geralt. The first trailer was enough for many to believe they were facing a grand and worthy project in the RPG franchise, something that has been confirmed with each new episode that the public has the chance to watch.

For a long time, the premise that games based on games have everything to become real slots capable of ruining the reputation of any franchise has been in the air for a long time. And that ALMOST happened with Sonic the Hedgehog, as the production team decided to deliver a trailer that made everyone sneer at a character who was nothing like the classic Sega icon.

After several complaints, its look was changed, and then we had the chance to see a worthy adaptation of the producer’s classic mascot, with jokes, references and even leaves for a sequel (which will premiere next year).

Okay, at this point you might wonder what this movie, which these days has a little rough effects, is doing on this list. However, we must remember that at that time our references were not the best (let’s just mention Mario Bros. and Street Fighter to refresh your memory), so this adaptation still managed to remain faithful to the game in many ways. On top of that, it was still able to present matches that ended up pleasing to fans at the time it was released — quite different from what happened with its sequel.

For fans of one of today’s biggest MOBAs, there’s no doubt that Arcane: League of Legends has been pleasing in many ways. Here, we have the opportunity to follow the plot focused on Vi and Jinx in a universe that features various elements and even other characters coming directly from League of Legends. The first nine episodes have already given a taste of what’s to come, and the confirmation of the production of a second season must surely have excited those who followed this saga so far.

Launched in 2005 with the direction of Tetsuya Nomura (name already known and respected within Square Enix), Final Fantasy VII Advent Children came to expand a little more the universe of the saga that presented Cloud and Sephiroth with this work that takes place two years later the events seen in the game. Interestingly, success was practically guaranteed after the public approval of a 20-minute short film, making those responsible for the project increase the duration to more than an hour and a half, and reap the rewards of that decision later.

7. Prince of Persia: Sands of Time

Prince of Persia: Sands of Time may not be the most brilliant film based on a game, but it certainly is capable of entertaining fans of this Ubisoft series. All events, as the title itself implies, are guided by the artifact capable of turning back time. Although we are not facing the most convincing script of recent times, the setting was good and some maneuvers performed by the protagonist on the big screen do justice to what we see in the titles of the series.

When the production of a live action Pokémon was announced, maybe some fans didn’t have much faith in what was to come. However, isn’t it that the first trailer really managed to generate a lot of curiosity among many players? In that equation, the result was a film capable of delivering monsters recreated with whimsy and a plot that holds the attention until the end of its story — and certainly leaves some people wanting more. 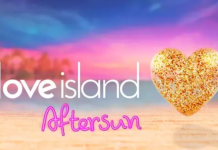 Where Was The Movie “Love Island: After Sunset 2023” Filmed? 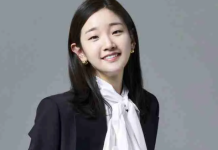