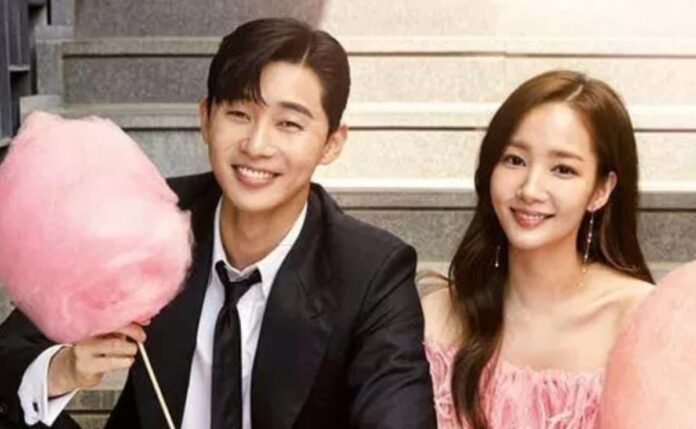 Do not get bored on vacation, say goodbye to the Grinch of boredom and enjoy the best dramas for this Christmas season, build your weekend marathon and take advantage of your free time.

Korean entertainment did not stop throughout 2020, there were several premieres of series, movies and dramas that managed to conquer the fans. The Asian industry is known for creating original and never-before-seen storylines, plus they have very few chapters that you can watch in a day or two.

Christmas is here, school holidays and rest days have already started, don’t let boredom consume you and your festive spirit disappear. The best Korean fantasy, love, comedy and mystery stories will be the perfect distraction to spend your time with your family or alone. Some famous Korean actors like Song Kang, ASTRO’s Eunwoo, and Park Shin Hye, among others, starred in some K-Dramas that you should add to your playlist.

Do not be a Grinch of boredom, we leave you a list with 8 dramas that you can watch in your free time and when you have nothing to do, take advantage of the holidays to meet new characters and stories. Prepare hot chocolate, popcorn, reheated or the sweets that Santa Claus leaves you to enjoy a weekend full of entertainment.

DRAMAS TO SEE ON THESE CHRISTMAS HOLIDAYS

My Unicorn Girl
Starring: Sebrina Chen and Guan Hong
Dorama de: romantic comedy that tells the life of Sang Tian, ​​a girl who dreams of being a figure skating star, but cannot pass the auditions, her only option is the hockey team. The protagonist disguises herself as a man to be one of the new players, but in the team she will meet her school enemy Wen Bing, with whom she develops a love-hate relationship.
Where to watch: Viki

Intense love
Starring: Zhang Yu Xi and Ding Yu Xi
Dorama de: Romance that tells the life of a famous actress named Su Jin Bei and doctor Zhou Shi Wen. They both refuse to let their families fix their marriage, but they are inexperienced in love. She is flirtatious, but she has never had a partner despite her great beauty, he steals everyone’s glances, but he is not interested in relationships.
Where to see: Doramas premieres

I picked up a celebrity on the street
Starring: Sung Hoon and Kim Ga Eun
Dorama de: comedy that tells the life of Lee Yeon Seo, a clueless girl who seeks to teach her boss a lesson, but ends up beating a famous actor named Kang Joon Hyuk, who wakes up and believes that he has been kidnapped. The protagonist will have him as her hostage for fear that he will go to the police.
Where to watch: Viki

Goong
Starring: Yoon Eun Hye and Joo Ji Hoon
Dorama de: romance that narrates the life of Lee Shin, a young heir who must marry Shin Chae Kyung, a dreamy and childish young woman. The two do not get along despite studying at the same college, but the royal duty must be fulfilled. Will they be happy? In addition, one of them will live a love triangle and the other hides a partner who rejects his love proposal.
Where to watch: Viki

True beauty
Starring: ASTRO’s Eunwoo and Moon Ga Young
Dorama de: Comedy that tells the life of Im Joo Kyung, a seemingly beautiful girl who steals glances, but hides her true appearance under makeup. The popular and serious Lee Su Ho discovers her secret, he is the only one who has seen her true face.
Where to see: Viki, Drama Releases

Suga worries ARMY because of his injury

ARMY CELEBRATES THE GRADUATION OF JUNGKOOK