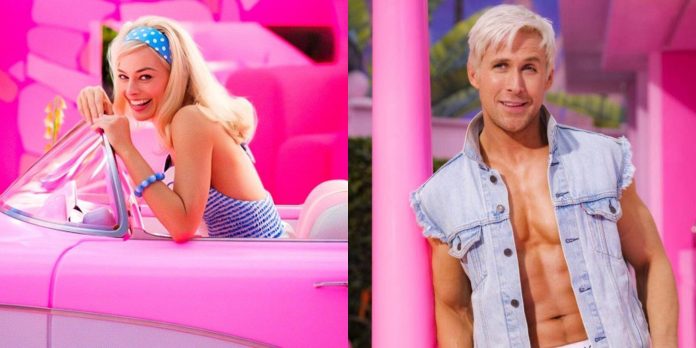 Barbie is shaping up to be one of the most highly anticipated movies of 2023. The internet is abuzz with rumors and whisperings about Greta Gerwig’s third feature, based on the iconic Mattel toy doll. The indie darling on screen turned to directing with critically acclaimed Lady Bird (2018) and Little Women (2020), putting her stamp firmly on modern feminist cinema.

So how is her take on the controversial symbol of girlhood taking form? Here are eight details that we know about Barbie so far, and they are certainly reasons to be excited.

It Has A Diverse Cast Of Actors

Alongside Margot Robbie’s Barbie and Ryan Gosling’s Ken will feature a multitude of rising stars in the industry. Gerwig and her casting directors Lucy Bevan and Allison Jones, whom she worked with on Lady Bird, have their finger on the pulse when it comes to up-and-coming talent. The confirmed cast includes: Sex Education star Emma Mackey (commonly referred to as a Margot Robbie doppelganger), Connor Swindells and Ncuti Gatwa (recently confirmed as the next Doctor Who); The OA’s Kingsley Ben-Adair; Transparent’s Hari Nef; Oscar-winning star of The Crown Emerald Fennell; My Mad Fat Diary’s Sharon Rooney, Fleabag’s Jamie Demetriou and tick, tick…BOOM!’s Alexandria Shipp. Rumored to star is also collaborator Saoirse Ronan, pop star Dua Lipa, and Bridgerton’s Emma Coughlan.

If Gerwig’s previous choices are anything to go by, their involvement could sky-rocket their burgeoning careers. Lady Bird introduced the world to Beanie Feldstein as Lady Bird’s loyal best friend, and Little Women contributed to Florence Pugh’s popularity with her turn as a ferocious Amy March. The prominent cast will also feature notable industry veterans such as Micheal Cera, Rhea Perlman, Issa Rae, Kate McKinnon, America Ferrera, Simu Liu, and Will Ferrell.

Will Ferrell Could Possibly Play the Villain

Social media has been aflutter with photographs captured of the filming of Barbie in Venice Beach, LA. With pictures of Margot Robbie and America Ferrera roller skating, there have been a few of Will Ferrell in a black suit chasing them both down the road with a menacing look in his eyes. It’s rumored that he will play the CEO of a toy company.

In addition, Ferrell played a very similar role as antagonist President Business in The Lego Movie as an evil corporate overlord. Could Barbie have gone rogue and the villainous Ferrell and his henchmen are trying to get her in line? Word on the street is that Barbie and Ken may escape Barbieland and enter the “real world,” but it’s doubtful that President Business would stand for that.

If rumors are to be believed, Barbie will be shaken up with multiple actors portraying the roles of Barbie and Ken. Gerwig is no stranger to playing around with expectations of classic properties, as Little Women featured a meta alternative ending to the iconic novel. It is theorized that Gerwig will be addressing some of the criticisms around Barbie that have been leveled at Mattel and that they have been actively combating in recent years, including the lack of diversity and a physically unattainable body type.

As Emma Mackey so closely resembles Margot Robbie, this rumor has only gained momentum. Specifically, it has been rumored that Issa Rae, Hari Nef, and Nicola Coughlan will play these alternative Barbies, suggesting that Gerwig may explore the identity of Barbie as different ethnicities, genders, and body types.

The Barbie doll is essentially an 11-inch tall plastic mannequin, designed for young people who love to change up her fabulous outfits. Therefore, there is a lot of pressure and anticipation about what exactly Barbie will be wearing for the movie. Luckily, she is in safe hands with brilliant costume designer Jacqueline Durran, who has won two Oscars: one for her collaboration with Gerwig on Little Women.

The first look at Robbie’s Barbie, in an image revealed at Cinemacon 2021, had Barbie in a polka dot headband, blue striped halter top, and a bulky beaded bracelet. Since the viral on-set photographs, Barbie has donned an ’80s neon roller skating outfit, complete with visor and yellow elbow and kneepads and a head-to-toe pink cowgirl get-up (and a matching cowboy Ken in a pink bandana necktie). It’s certain that the final movie will feature many many more, Barbie has a history of thousands of looks to model on after all.

After producing a string of Barbie animated movies in the 2000s, Mattel is finally turning to live-action. Behind the scenes, executives from Mattel are working closely with Warner Brothers to produce Barbie. The executive producer for Mattel is Ynon Kreiz, together with LuckyChap’s Josey McNamara. Margot Robbie is also producing the film on behalf of her production company, LuckyChap, with her partner Tom Ackerley. They are working together with Mattel’s Robbie Brenner and Heyday Film’s David Heyman.

This is not the first time that the company has collaborated in the attempt to make a live-action Barbie movie. Previously, Diablo Cody, writer of Juno, was set to re-work Sex and the City writer Jenny Bick’s 2014 Sony Script but never submitted a draft. In 2016, Amy Schumer was set to star in a new script written by Hillary Winston, but it also never got off the ground, due to creative differences.

Aqua’s Barbie Girl Will Not Be Featured

A disappointing announcement for many, it was reported that there are no plans to include Aqua’s iconic ’90s banger, “Barbie Girl,” on the soundtrack. In a comment to Variety, the manager of lead singer Ulrich Møller-Jørgensen said, “The song will not be used in the movie.”

One can assume this is due to a trademark infringement lawsuit filed by Mattel after the 1997 hit sold 1.4 million copies in the U.S. The company cited damage to the brand caused by Aqua’s saucy lyrics and a moment in the music video where Ken’s arm is pulled off his shoulder. As Mattel is so closely involved in this production, “Barbie Girl” will not feature in the movie.

Those involved with the movie have nothing but good things to say about Gerwig and her take on Barbie. Gerwig is not only directing, but she also co-wrote the script with her partner, Noah Baumbach and they previously collaborated on Frances Ha in 2012, which Noah Baumbach also directed. Actor Simu Liu said that his agent called the script the best he’d ever read and convinced Liu to audition by saying, “‘If I could stake my career on any one script, it’s the Barbie script. I really think you should do it.’”

In Empire, Emma Mackey said that Gerwig threw several actors a Barbie sleepover in order for them to bond before filming together. She was full of excitement about working with her, commenting, “She’s everything I could have dreamed of, she’s so invested and precise, and so childishly delighted by what she’s doing.” Fittingly, Gerwig has been pictured wearing an all-pink jumpsuit to fit in with the Barbie vibe, as she directs scenes.

After commencing filming earlier this year at Warner Brothers’ Leavesden studios in London, Barbie will be released in just over a year’s time. A live-action Polly Pocket movie was also recently announced last month. Girls creator, Lena Dunham, is writing and set to direct, with Lily Collins on board to play Polly and produce.

The official release date as of now is July 21, 2023. The year will be the 64th anniversary of Barbie, and a great way to celebrate her golden years.

Wild Joker 2 Theory Explains the Musical Storyline of Folie A...