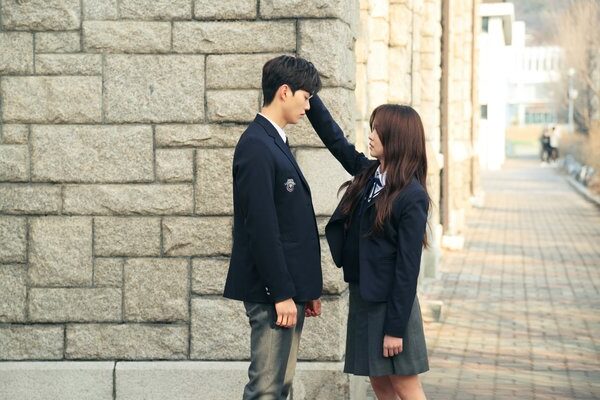 The Netflix series that has grabbed audiences since its launch in 2019 continues to conquer hearts, so at the same time, more and more people are looking forward to the premiere of the second season.

Although there is still no definite date for us to know what will happen in the story of Kim Jojo and his love triangle, we can be sure that if they maintain the essence transmitted in the first stage of the series, this will be a complete success.

While we wait for more news about this South Korean production, we invite you to read some fun facts about the series that you may not have known.

1. It is known since the story emerged as an adaptation of a popular webtoon bearing the same name, but did you know that this story had a total of seven seasons? Webtoon author Chon Kye Young started posting it in 2014 and the reception it received was incredible.

2. When the production of this k-drama was planned, the idea was put forward to make 12 episodes for the first season, a number a bit more similar to the episodes we usually see in Korean dramas, however, following the trend of Netflix’s original series was chosen to reduce them to only 8.

3. In order to carry out this drama, it was necessary for drama writers to adapt the story of Chon Kye Young, but those chosen for this project were already known, as they worked together on the production ‘Coffee, do me a favor’, which was launched in 2018.

5. The director chosen to be in charge of this drama already has enough experience and recognition in the Korean entertainment world, as she has been part of important productions that have won the hearts of the public, one of them being the drama Oh My Venus.

6. You will remember that the first season does not give a conclusion to the story, however, the filming of the second stage of this may not have been done. The decision to continue the story depended on the result obtained by the first installment, so that if it had not had the success it reflected, the story could have been inconclusive.

7. Before receiving the offer to star in the drama, Kim So Hyun was already a fan of the webtoon, so she wasn’t sure if she should accept the role because she was afraid of disappointing fans of such a good story.

8. The leading role was intended for Ahn Hyo Seop, a very talented actor and model who chose to reject the offer, after which the production held a casting where actor Song Kang was the winner.

Natalie’s controversial video and what she’s talking about

Kim Kardashian: behind the scenes of the preparation for a shoot...