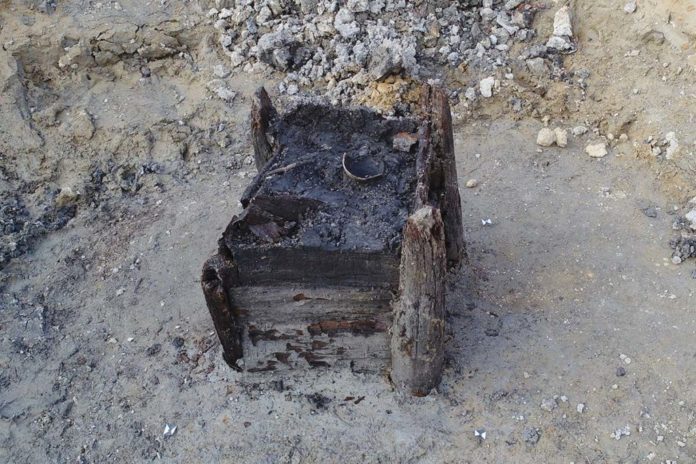 In the past, people mostly made architectural structures and tools from wood. The construction of the buildings made of wood caused these structures to deteriorate and disappear over time. Surprisingly, however, archaeologists found a wooden structure dating from the early neolithic era in the Czech Republic.

The wooden structure from the Neolithic period was found near the town of Ostrov. The ruin appeared during the construction of the highway that continues around Ostrov. After the residue was found, archaeologists from the Olomouc Archeology Center started excavation in the region.

Approximately 7,500 years old wooden structure
The authors of the Journal of Archaeological Science state that the structure was created by joining planks with grooved corners. It is clear that the building was built by people with complex technical knowledge. The examination on the surface of the building shows that it was made with relatively advanced tools.

Experts say that the wooden structure is made of oak wood. Work was done on the tree manufactured for dating the building. Jaroslav Peška, from the Archeology Center in the Czech Republic, announced that the trees used in the building were cut in 5255 or 5266 BC.

After the work of the Archeology Center, a team of Czech-German scientists worked to determine the age of the wooden structure. The team states that the wood used in the building is even older than the calculations of the Archeology Center. Journal of Archaeological Science, which reports the team’s calculations, wrote that the wood in the building might have been obtained in 5481 BC.

A look at Europe’s first farmers
Tests on the wooden structure determined that the hazelnut tree was used along with the oak tree. The oak and nut trees used in the building come from the local forests in the region where it is located. The researchers think that they obtained a picture of the carpentry skills used to build the building along with the building.

The wooden structure from the early neolithic period in the Czech Republic sheds light on an important period of European history. Some information about the time of the first farmers in Europe will be obtained with this structure. The structure shows that early neolithic farmers in Europe have advanced technical skills and tools. The knowledge of the wood used in the building shows that the materials used in carpentry can be obtained from close-up. Research shows that some pieces of wood are placed in the building later. The fact that the pieces of wood were placed later, shows the importance of the building being repaired and the recycling of early farmers.