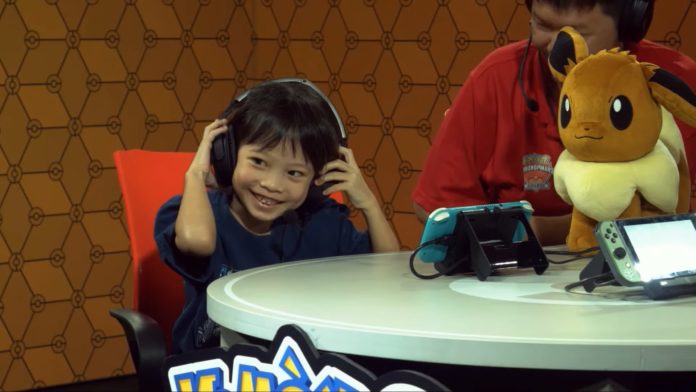 A child was brought to the agenda with more remarkable features on the Internet. The 7-year-old girl, who lined up great opponents in the Pokemon championship she attended, amazed everyone with her cute moves.

After struggling to raise awareness about climate change, and after Atakan Kayalar, who surprised everyone with her advanced intellectuality according to her age, another child was on the agenda of social media. What makes this cute boy famous is Pokemon, a game he admired as a kid.

Simone Lim came first in the International Pokemon Championship for children in Oceania. The little girl who participated in the contest for the first time attracted the attention of social media users with her cute and sincere behavior.

The cute 7-year-old champion surprised the audience by winning the first game. Simone, who lost the second game and threw the viewers into excitement, defeated his tough opponent in the last game and became the 2020 Oceania Champion.

Here are the moments when Simone won the title and some reactions from social media:

An INCREDIBLE read by Simone, leading to a victory and earning Simone the title of 2020 Oceania #PokemonVG Junior Champion! pic.twitter.com/liiJyEj09I

‘This girl defeated a child twice as older as her and became the child Pokemon champion of Oceania. Eevee thanked her family and friends while holding her toy in her arms. Forget those who say that to be a good opponent, it is necessary to go overrun. Virtuous esports events nourish the soul. ‘

This girl just beat a kid twice her age to become the Oceania Jrs Division champion in Pokemon. She thanked her friends & family while clutching her Eevee plush.

Forget that guy who said you have to get mad to be a good competitor. Wholesome esports is good for the soul, y'all. pic.twitter.com/QCO9tS3OBK

‘7-year-old Simone Lim was the winner of a big kids’ special Pokemon championship this morning, beating her bigger and more experienced rivals. The girl, who achieved the title of champion with a tremendous performance, disappointed her favorite champion of the tournament in the final. ‘

this morning 7-year old Simone Lim won a major Pokémon Junior Championship beating out a field of older more experienced kids, upsetting the tournament favorite champion #1 seed in the final, and doing so with an incredible read to earn her the title

esports is for everyone pic.twitter.com/5cUfsd5ZiQ

Xiaomi 12 will surprise with its screen features!