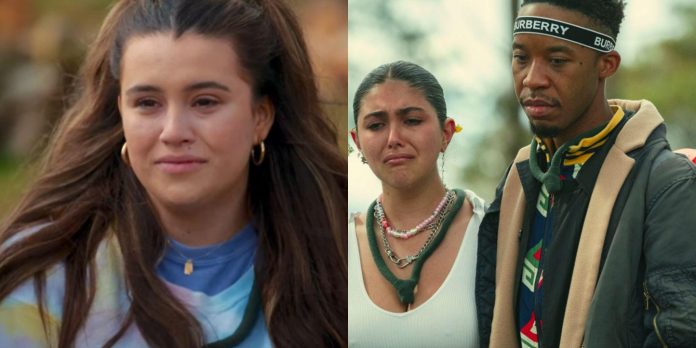 Snowflake Moutain is the newest addition to Netflix’s wide selection of reality shows, adding to the collection of wilderness-based TV in which contestants have to challenge themselves to succeed.

In this series, contestants are young people that have lived easy-going lifestyles and their parents have sent them believing it’s time for their children to grow up. Hosted by two veterans that aim to teach young people about survival, the show strives to teach the “snowflakes” a lesson. While some viewers have found the show amusing, some Redditors have shared their opinions about the problems they found within the show.

There are many reality shows like Snowflake Mountain that take place within the woods and challenge people to learn to survive. However, this show takes a different angle by making the contestants believe they’re going somewhere else and then dropping them in the wild. It was the decision of their parents to sign them up for this reality show.

Reddit user Great_Disruptor said, “It really highlights the terrible parenting these kids have. What kind of parent allows their adult child to live rent-free, without chores, and provides unlimited funds for designer clothes and partying?” While many viewers have to question why these young people are as entitled as they initially appear, it’s also important to remember they are grown adults and therefore are at a point in which they need to start making their own decisions.

Though these young people clearly grow during their journey in this show, it was obvious from the beginning that most of them live quite luxurious, easy-going lifestyles. Considering many of them are in their early to mid-twenties, fans have to wonder who they are beyond the laziness and entitlement that are portrayed in the beginning.

Reddit user joyfulplant said, “It’s basically the reality of young adults these days.” While this Redditor is likely not encompassing every young person today, it’s still a bold statement to make. The premise behind the show is bringing young people on that are spoiled, and therefore singling out a particular subsection of young people rather than the entirety of their age group.

It Caters To A Judgemental Audience

It’s clear right from the start that these young people were selected for the audience to not like at first. The premise behind the show is to find younger people that seem to have it too easy and are portrayed to be unlikable. However, this representation of the contestants was likely a tactic to ensure viewers understand how much they grow from start to finish.

One Redditor, thebarber87, said, “It’s such boomer bait.” This implies that some viewers believe the show was structured to cater to an audience that would likely be more prone to judge the younger generation. However, the show wraps up with the younger people not proving they’re a product of their generation, but leaving the audience understanding they’re capable of change.

There are many drama-filled reality shows streaming on Netflix. While Snowflake Mountain is unique in its own ways, it still caters to reality show watchers that are expecting some excitement to ensue. It’s expected that during this challenge there will be some bickering and conflict, but some fans believe it all felt scripted.

Reddit user Mrsericmatthews said, “The scripted parts / purposely added drama are so painful.” It’s hard to say whether or not the showrunners included secret scripted moments within the season, but it’s also likely that the young people would try to gain the upper hand when they realized there was money at stake, therefore creating drama.

There are some good reality shows on Netflix, and all of them have enough of a twist to keep audiences engaged. Though some viewers are convinced that the show is faked or that it caters to an audience that just wants to judge the contestants, others are convinced the point of the show is to teach young people important life lessons.

Redditor Common-Knowledge-098 said, “I don’t think the show is set out to “humiliate” anyone. Being a young adult comes with a lot of responsibility. I completely agree that “effort earns reward”.”  While some are skeptical about the purpose of the show, others understand it’s meant as a lesson to help them grow. All young people might not be motivated by the message of this series, but it seems to be the intention.

There are many unpopular opinions about Netflix reality shows and Snowflake Mountain is no exception. There are those that loved the premise of the show and those that thought it was a complete joke. Like the premise, there are also viewers that thought the hosts were hypocritical and not the right fit for this show.

Redditor MistressElliot said, “I find it amusing that 2 Millennial tools are teaching GenZ how NOT to be snowflakes. The term “snowflake” was invented for Millenials.” While the hosts, Joel Graves and Matt Tate, initially appear overly judgemental, it’s revealed that they’re hoping these young people will exceed their expectations.

The Set-Up Was Fake

There’s always speculation when it comes to a reality show on whether or not the contestants are being coached and offered a script to work with. In this show, many of the viewers find it hard to believe that these contestants didn’t know the premise behind the show.

Reddit user Odow suggested it’s fake by mentioning that  “they all have clothes that they clearly [chosen] for this, they [wear] make up and fake lashes.” However, the contests are clearly shown in several outfits that may have been chosen for comfort but are clearly not fit for the wilderness, and many of them chose to bring their makeup when they were told to pick out necessities.