Home Entertainment 7 songs we need on the ‘Spider Man: No Way Home’ soundtrack 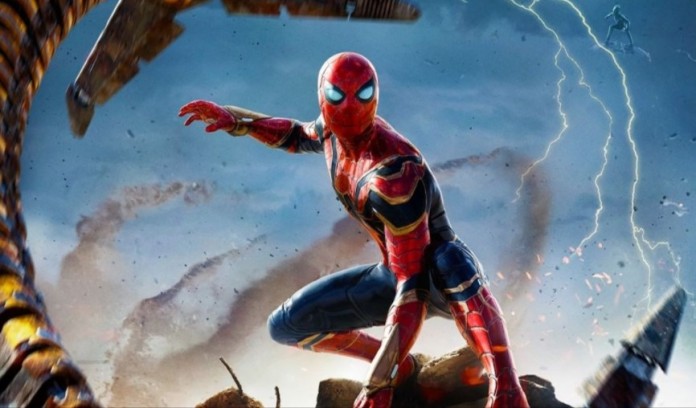 The premieres of ‘Spider-Man: No Way Home‘ began under the policy of “no spoilers”, so it is still unknown if we will see the two actors who gave life to the superhero in the previous franchises: Andrew Garfield and Tobey Maguire . Although we love the idea of ​​seeing them alongside Tom Holland, we would also like to hear these songs, which appeared on past soundtracks, in the third installment of the film.

There is no doubt that Spider-Man is one of the most beloved heroes of Marvel and of comics in general. Since the two thousand, Sony Pictures Entertainment has hooked viewers with three generations of Spidey, with each person in the audience getting their favorite.

Although the superhero is characterized by his relaxed and friendly character, the films starring Tobey Maguire, Andrew Garfield and Tom Holland also attracted the attention of the public with the songs included in their respective soundtracks. In view of a possible reunion of the three arachnid generations in ‘Spider-Man: No Way Home’, we share with you the themes that we need to hear in the film.

Songs heard in the Spider-Man movies

For the first installment of Spider-Man, starring Tobey Maguire, the film’s producers approached post-grunge musician Chad Kroeger to create a song for the 2002 film. “Hero” featured a video. musical with Josey Scott, Tyler Connolly, Mike Kroeger and Jeremy Taggart where they appear on a roof of a building in New York.

Also for the first film with Maguire a theme from the album ‘Is This It’ by The Strokes was used. In fact, the song has a peculiar anecdote because due to the terrorist attacks of September 11 in New York, “When It Started” replaced “New York City Cops” in the US version of the album.

Danny Elfman is known for his work on the theme song for The Simpsons and on the “Batman” movie (1989). However, Tobey Maguire’s creation of him in the score for all three Spider-Man installments is one of the most remembered by Spidey fans.

“Sealings” was part of the album, ‘Driver: Parallel Lines, Volume 1’, by the Yeah Yeah Yeahs and was also included in the soundtrack of Maguire’s latest film. Some fans showed their enthusiasm to hear Karen O’s voice in the film.

5. “The Supreme Being Teaches Spiderman How To Be In Love” – Flaming Lips

Flaming Lips performed the last anthem of the Maguire era with “The Supreme Being Teaches Spiderman How To Be In Love”, a single that demonstrated the influence of the superhero both in the world of comics, as well as in the collective memory of fans. of the.

It is a fact that Jamie Foxx will return as Electro in ‘Spider-Man: No Way Home’ and, as part of his return, you cannot miss the song that Alan Risk and Hans Zimmer did for ‘The Amazing Spider-Man 2’, a film that shocked us by the death of a beloved character from the Andrew Garfield saga.

The Neighborhood was featured with the song “Honest” on the soundtrack of ‘The Amazing Spider-Man 2’. A thoughtful simple about chasing dreams, and hoping the validation ends so that your strength will lead you to the best.

Virtua Fighter 5 Gets Comparative Video Between PS3 and PS4

Friends: They finally explain why Ben, the son of Ross, disappeared...