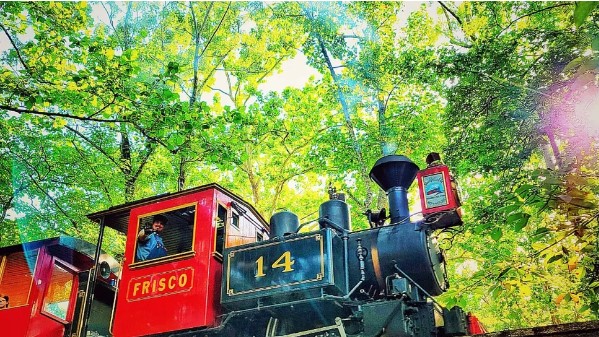 6 guests and one crew member were injured in Silver Dollar City.

Some theme park rides are designed to give guests a thrill and make them feel like they are in danger. Others, however, are just for entertainment that people can relax and have fun. This year we have seen more than once that sometimes rides can be as dangerous as the sensations when accidents happen. But the same applies to simpler attractions, for example, an accident during a steam train ride in Silver Dollar City in Branson, Missouri, led to seven people being hospitalized.

The accident occurred last night on the Frisco Silver Dollar Line steam locomotive when sections of the train derailed. Footage from the scene shows that sections of the train are completely turned on their sides. Silver Dollar City confirmed on Facebook that the accident occurred and that six guests and one employee were taken to a local hospital for treatment.

Although Silver Dollar City promises updates when the information is available, no new information has been provided at the moment. Silver Dollar City paramedics provided assistance to the victims immediately after the accident, until the first rescuers arrived. It is unclear what the severity of the injuries was. The seven people sent to the hospital could have been sent first as a precaution, but it is also possible that some people were seriously injured.

The cause of the crash has not been announced, at the time of publication it is unlikely that the cause was understood, and it is quite possible that this is still the case. According to a guest named Gary Eldridge, who was on the train at the time, in one of the cars that didn’t derail, who spoke to CNN.…

We turned the next corner, and the car in front of me behaved as if it had hit a bump and started shaking violently. He derailed and took the cars in front of him with him.

Eldridge also posted a video of the aftermath of the accident. In the attached post, he says that the people sent to the hospital were sent only with minor injuries. Judging by the video, it could have been worse.

This is the latest in a series of incidents at amusement parks and theme parks that have led to injuries and even deaths. The El Torro roller coaster at the Six Flags Great Adventure Hotel in New Jersey failed earlier this year, injuring 14 people. The El Torro slide will be closed for the foreseeable future after an inspection of El Torro, which found significant damage to the attraction. Another coaster crash in a park in Denmark led to the death of a 14-year-old girl.

We will definitely follow this story to find out what caused the accident. Surely the locomotive will not work for some time while it is being repaired.

Xiaomi rivals Tesla in electric car! Here are the details