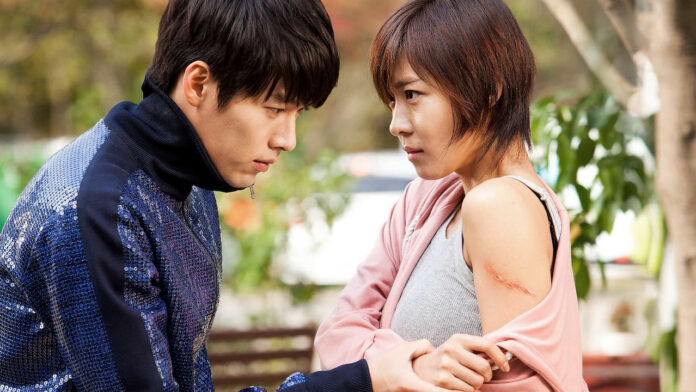 All these K-dramas are characterized by their funny story, good scenes and funny disasters that happen when two characters due to fate have to exchange bodies.

South Korean dramas are famous for having stories for all tastes, the genres of these series are very varied, tackling very interesting topics in different ways and means.

Some doramas have captivated viewers by playing with the identities of their characters, many K-dramas are a classic for situations where by chance of fate the protagonists change bodies causing them to live entertaining adventures.

This time we present you the Korean dramas whose plot is based on the exchange of bodies, putting the characters in conflict as they try to return to their normal lives, but for that they will have to go through difficult tests. What is your favorite Korean star?

THESE KOREAN BODY SWING DRAMAS WILL THRILL YOU WITH THEIR AMAZING SCENES.
If you want to live entertaining hours watching body swapping dramas, read on, we will give you the best recommendations of Korean series for you to put together your marathon of body swapping K-dramas. List?

‘Secret Garden’ is one of the most watched Korean dramas around the world due to its funny plot. The story of ‘Secret Graden’ tells the life of Kim Joo Woon, a wealthy mall owner whose life changes when he meets Gil Ra Im, a very beautiful stunt double who has worked alongside big acting stars, due to the fate Kim Joo Won and Gil Ra Im swap bodies, causing their relationship to become different.

In ‘Big’, young Kang Gyung Joon is in a car accident, so his spirit takes over the body of Seo Yoon Jae, a highly trained doctor who is 30 years old. The health specialist is engaged to Gil Da Ran, a teacher at Kang Gyung Joon’s school. OMG. Kang Gyung Joon will have to go through some difficult tests to return to his body and leave Seo Yoon Jae’s.

Seo Yeon is a girl who does not like school very much, but has the dream of being a model and becoming an international figure on the catwalks, even though Han Seo Yeon has knocked on several doors to be part of an agency, none of them gives the opportunity to shine. Han meets Na Jin Wook during a casting, life brings them together again at karaoke, where they end up swapping bodies.

The story of ‘Please Come Back Soon Ae’ tells the life of Soon Ae, a housewife who is married to Yoon Il Seok, a pilot who has a passionate affair with flight attendant Choo Eun. Soon Ae discovers that her partner is unfaithful and meets Choo Eun, both of them go with Yoon Il Seok to find out who of the two women he wants to be with, but everything changes when they suffer an accident and as a result they exchange bodies.

Kwon Si Ah and Kwon Si Yeon are twin sisters who are quite different, Si Ah is a renowned model and actress, who stands out for her beauty, while Si Yeon takes refuge in her blog and does not leave her house due to the insecurities you have.

One morning Kwon Si Ah and Kwon Si Yeon wake up to the surprise that they have swapped bodies, giving the sisters an in-depth understanding of each other’s lives.

‘Come Back Mister’ tells the story of Kim Young Soo, he maintains a marriage with Shin Da Hye. Due to work, Young Soo begins to pay more attention to his work life, putting his health at risk. Han Gi Tak is a restaurateur who dies at the same time as Young Soo, fate grants them extra time on earth and they return as Lee Hae Joon and Hong Nan.

Shin Ji Hyun is a girl who is about to get married, after a car accident her physical condition is disabled, but life gives her a new opportunity with some conditions. Ji must find 3 people who feel incredible affection for him, he only has 49 days to do it, Ji Hyung takes Song Yi Kyung’s body and realizes that his friends are not what they seem.

Lisa celebrates her birthday with the love of BLINK