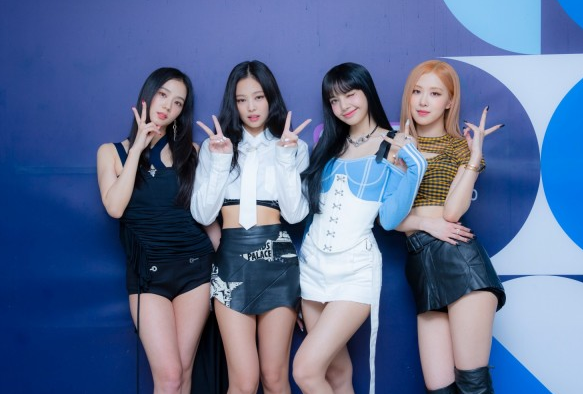 Artists pronouncing their names in their own songs are common in the music industry. This is their way of presenting themselves to the public, and it also becomes their trademark, thanks to which their tracks sound catchy and cool. On the K-pop scene, not all idol groups do this, and the following are just a few of them.

7 K-Pop groups that often pronounce their names in songs: BLACKPINK, EXO and others

The first on our list is none other than BLACKPINK, who are widely known for their iconic phrase “BLACKPINK in your area”, which fans have been hearing since their debut song “BOOMBAYAH”. The girls only include this phrase in their title tracks, so you may not hear it in their other releases. The quartet also just says “BLACKPINK!” sometimes, as in “DDU-DU DDU-DU” and “Pink Venom”.

EXO is another k—pop band popular for including their name in their songs. But unlike most k-pop bands who call their names, EXO often pronounce their band name “E-X-O” in the middle of most of their songs.

“E-X-O” is usually played before rap. “Growl”, “Overdose”, “Call Me Baby”, “History”, “Drop That” and “Damage” are among the tracks where you can hear it.

Of course, our list also includes TWICE. Girls often shout “TWICE” once in most of their title tracks, and this can be heard either at the beginning or in the middle. Here are some of these songs: “Like Ooh-Ahh”, “Likey”, “Fancy”, “What Is Love?” “Once Again” “Draw”.

As for SEVENTEEN, the way they mention their name in their songs changes every time, and it is present only in their optimistic and bright songs. For example, they used “Say the name, SEVENTeeeen” in “Mansae”, “SEVENTeeeen” in “Pretty U”, “SEVENTEEN right here” in “Clap”, “SEVENTEEN-teen-teen-teen” in “BOOMBOOM” and “SEVENTEEN Ha” in “Left and Right”. Although they change every time, the band usually mentions their name at the beginning of their songs.

NMIXX is one of the last K—pop groups to mention their name in their songs, such as their debut song “O.O” and the comeback track “DICE”. To date, Ginny is the only member who says “NMIXX”, and she usually does it in the middle of their songs when the rhythm changes.

You will also hear the word “EVERGLOW” in the intro to the title tracks of the female group, such as “Bon Bon Chocolat”, “DUN DUN”, “Adios”, “LA DI DA” and many others. Irene’s dick is usually the one who says it.

Like TWICE, Stray Kids often mention the name of their band in the intro or in the middle of their songs. They either shout it out or include it in a phrase like “Stray kids everywhere all over the world.” Some of their tracks where you can hear them speak are “District 9”, “Miroh”, “Pacemaker”, “Double Knot” and “Victory Song”.

Do you know any other k-pop bands that mention their name in their songs?

Beyonce opens the Oscars 2022 with an elaborate rendition of King...