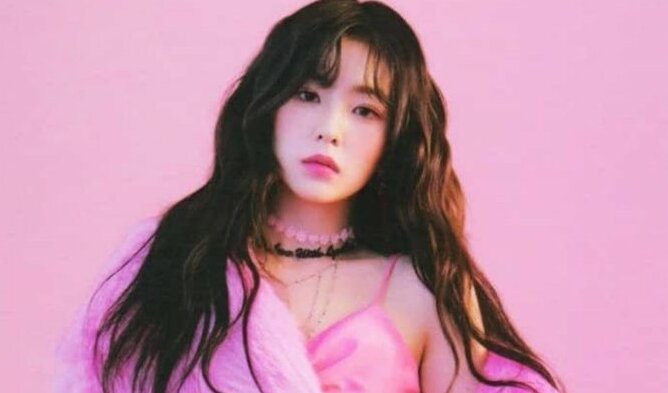 The Red Velvet leader has a very motherly personality to her fellow members, a great sense for fashion, and a routine that you’ll want to emulate.

7 Personality Habits of Red Velvet’s Irene that make her unique, her idol routines and customs are part of her life and define her as a shy and adorable girl.

The artist from the SM agency is governed by the sign of Aries, which describes her as a person full of vitality, energy and love for life. Of course, it is difficult for her to adapt, perhaps that is why she is scary, because she is not a fan of unknown things, although she has the security of taking risks and experiencing new things. She is open-minded and with a positive attitude, despite showing a lot of security, she is actually a very shy girl.

Throughout her life, Irene has developed customs and habitsthat they form for their daily routine, be it meal plans, poses on stage, features and facial expressions that they face in front of the camera, among other hobbies . Each of our qualities or defects make us unique and the leader of Red Velvet is no exception, because in addition to wasting elegance, fashion and beauty, she is also a girl with fears, tastes and hobbies.

Irene has a personalityvery homelike, she likes to pamper her companions and adopt the role of mom, she distracts herself with household chores as a way to remove stress and tends to value small details, although she finds it difficult to express her feelings, for this reason music has become your best tool to capture your emotions.

The peculiarities that make Irene unique are facets that she shows regularly and that her fans have managed to capture in videos, shows and presentations. We leave you a list with 7 habits that make Irene’s personality unique .

IRENE AND THE HABITS THAT ARE PART OF HER LIFE

In addition to these habits, Irene also has a great sense for fashion, she is one of the most visual idols and she can inspire you to recreate her best selfies at home.

Considered a sexy trait, Irene has a habit of arching her eyebrow in front of the camera during presentations, especially when she finishes Red Velvet’s performances on stage, she also often uses this expression when she asks something or shows her talent.

Relying on others in search of affection

Despite the fact that she can be a confident girl, Irene is very shy , she finds it difficult to trust people, so when she lives with strangers, she does not usually feel comfortable, so she also has the habit of hugging or leaning on others. others, since she has a lot of trust with the people with whom she has lived long enough.

🐻: I was originally a person who didn’t link arms with other people,
but Irene unnie really loves skinship. I ended up linking arms while going
around with Irene during our trainee days. Nowadays it’s cold so we hold onto each other more tightly. pic.twitter.com/4AfE0hVG5u

Her adorable personality makes them confuse her with the maknae of the group, she gets scared very easily, in fact whenever she is on stage she is usually upset by the fireworks or the paper bombs that they release during the shows, it is a habit that is part of her personality.

They say that smells are a memory that encapsulate moments in our mind, perfumes, food, the aroma of some place returns us to a special time in our life . Irene has a habit of smelling anything, from food, stuffed animals, the hands of her companions, among other things.

She has a very fun competitive streak, when it comes to challenges, games or competitions she brings out her wild spirit to show that she is an enthusiastic athlete, because she likes to win. Irene has great strength.

One of Irene’s favorite poses for photos is placing her open hands under her chin, like a lotus flower in full bloom. In front of the camera she always repeats this pose that highlights her adorable personality.

Having a figure like idols is thanks to her rigorous training, routines and dance choreography, but in addition , Irene has the eating habit that follows a rhythm, she chews her food only 3 times, it is a normal amount in which a person must process Their aliments. She also has a tradition of cooking seaweed soup, a traditional Korean dish, during her companions’ birthdays.