After Bitcoin started its bull run, the number of bitcoins that had not been used for a long time began to decline. Research firm Glassnode has seen a 250,000 decrease in the amount of bitcoins HODL lost or thought to have been lost in a few months. This number exceeds 7 billion dollars in dollar terms.

Glassnode uses a metric called “HODL Lost or Lost Coins” to measure the amount of bitcoin in these people’s wallets. This method was developed by Adamant Capital.

How is this number measured?

Tuur Demeester, Tamás Blummer and Michiel Lescrauwaet; In order to measure the market value of bitcoin, we developed a new method called Vitality; they then found a metric called HODL Lost or Lost Coins.

By subtracting the vitality rate of any blockchain from 1; Multiplying the obtained number with the amount of coins in circulation gives the number of coins that were HODL or lost.

$ 7 billion of change in a few months

Glassnode announced that the number of HODL coins in the bitcoin network dropped to 7,252,161,786. This number hasn’t been this low in eight months. This 7.2 million bitcoins are worth almost 210 billion dollars in dollar terms.

There is an exchange of approximately 250 thousand bitcoins (more than 7 billion dollars) in this number, which increased to almost 7.5 million between October and November. The owners of these coins either saw the price rise and decided not to HODL anymore, or they managed to open the wallets they lost in the past. Decrypt suggested that the first option is more likely. 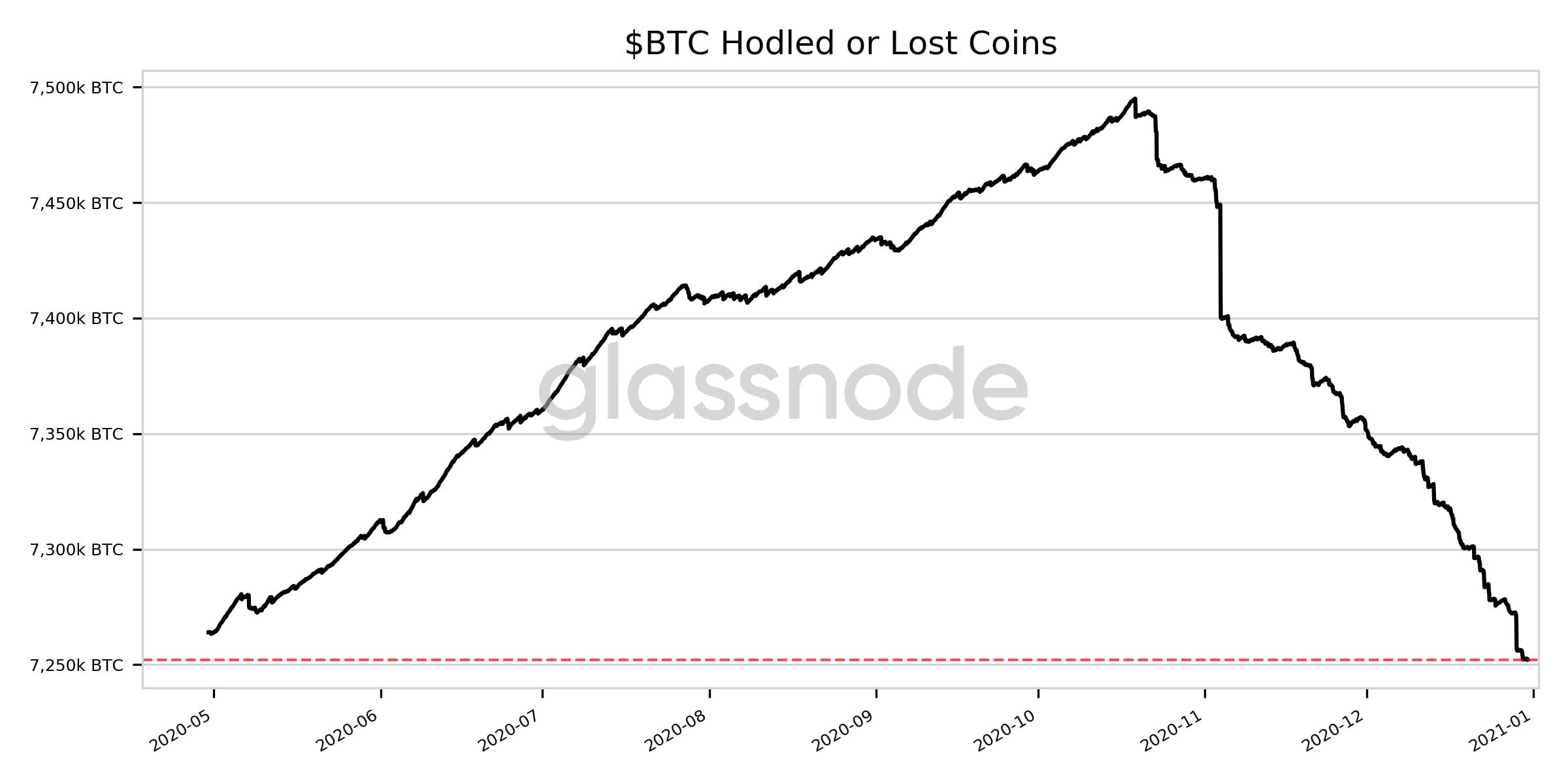