Home Celebrity 7 Billie Eilish Songs Everyone Should Know About 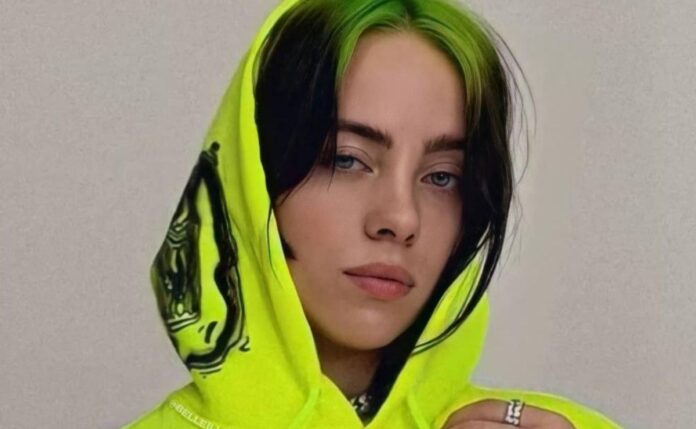 If you are a fan of the singer then you will surely agree that these are insurmountable songs that demonstrate the great talent Billie.

Among today’s musical icons, the Therfore I Am performer managed to break through and stand out with her singing style, her honest personality and her fashion that sets her apart. If you still do not fall before the charms of the girl this is your chance, but if you are an admirer of Billie Eilish’s work, the following list will show you that you made a good decision by joining her fandom.

The teamwork between this girl and Finneas has resulted in incredible pieces of music that took over the charts and the attention of her fans, which of them would be the best throughout her career?

Although it is up to the tastes of each person to determine which songs deserve more attention, there are Billie Eilish tunes that undoubtedly became insurmountable for different reasons.

Here we tell you which are some of the musical pieces that we consider most special and that are undoubtedly a good start to know the career of this interpreter because since its launch and until now they remain iconic.

BILLIE EILISH SONGS TO HAVE ON YOUR PLAYLIST

YOU SHOULD SEE ME IN A CROWN

A song capable of filling you with energy and power through its sound and its lyrics. This track shows the artistic essence of the singer and her musical versatility, so it is one of the melodies that we cannot overcome.

The rhythm of this song is capable of catching anyone, Billie Eilish’s voice shows her interpretive strength while she shows us different styles when singing. Every fan should have this melody in their playlist since it is one of those that motivated a large number of people to join the singer’s fandom.

There are many reasons why Ocean Eyes cannot be missing from this list, firstly because it marked an extremely important moment in Billie Eilish’s career, but also because of the musical quality of this piece. If you think that this singer’s style is not for you, this melody is for you, not all of the girl’s songs are extroverted, but each one reflects her creativity and Ocean Eyes is an ideal piece to begin to know her many facets.

NOT TIME TO DIE

This song represented a great success for the girl and accompanied one of the James Bond films, showing the great scope and popularity of the interpreter. No Time To Die also enters our list of insurmountable melodies that showcased Billie’s acting ability.

I WISH YOU WERE GAY

This is an easy song to listen to and that surrounds you with its rhythm, if we stop to analyze the lyrics and what motivated Billie Eilish to write it, it is likely that some people with a one-sided love can identify a bit with the message, but also the live performances of the tune are worth enjoying.

This is a song that Billie Eilish did not release through a studio version but that fans have enjoyed through live shows. The rhythm of the melody is mesmerizing and full of charm, so we do not lose hope that at some point the singer will make this song known through an album or digital single.

If we talk about insurmountable songs Bad Guy takes the crown, it is the melody that took the popularity of Billie Eilish to a new level and that even people who are not fans of the singer added in their playlists, the melody was heard in everything place but despite this it is still a favorite.

What other song would you add to this list? Don’t leave Rex Nation without reading all the news that Billie Eilish has recently revealed to her fans about her upcoming album.