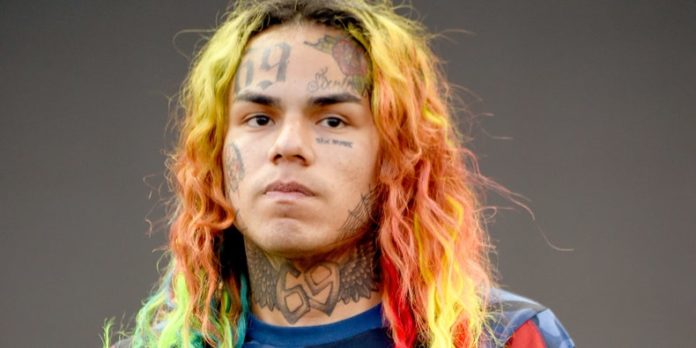 6ix9ine released: Internet users react on Twitter and it’s hilarious! While 6ix9ine was released from prison sooner than expected, the reactions of his fans on Twitter are really funny.

As rapper 6ix9ine is released, his thousands of fans around the world are having a great time on Twitter . Their reactions are hilarious!

It’s official ! Rapper 6ix9ine finally gets out of prison! Even if the news falls on April 1, it is not an April fool! Indeed, the coronavirus infects prisoners !

So to limit the risks, the prosecutor authorizes parole for prisoners at the end of their sentence . And this is the case of Daniel Hernandez, his real name!

But that’s not all ! Indeed, 6ix9ine is asthmatic . In short, he is one of the prisoners in danger. Thus , the prosecutor accepts that the latter ends his sentence at home!

Besides, the interpreter of “BILLY” was due out in August 2020. But his sentence had been shortened. Yes, he had swiped the names of all the members of his gang, Nine Trey Bloods !

When 6ix9ine gets out of jail but everyone in Quarantine pic.twitter.com/9pnu7z5Al7

6IX9INE FINDS HIMSELF ALONE
In short, 6ix9ine betrayed her friends under pressure! So his parole is not easy ! Indeed, the rapper finds himself in danger. Some people hold it against him!

Internet users are therefore having a great time on Twitter. Indeed, they all imagine the exit of Tekashi. And even if nobody wishes his death, they prefer to laugh at it than to speak about it.

See Also
6ix9ine accused of sexual assault: his prison sentence could be longer!

And it must be said that their reactions, often in the form of the same, are hilarious ! So, a fan imagines 6ix9ine alone in front of the prison to look around him. ” Where are you? He asks.

In another tweet, another imagines all the people who want his skin to wait for him outside the door . Thus, a surfer bounces and shares another same.

On this one, the Twittos imagines 6ix9ine running out of prison. Besides, this same cardboard box! Indeed, this tweet gets to 12.1k like. In the comments, they all admit to having died of laughter !

Baekhyun worries fans about his health

Countries without a Single Case of Corona Virus