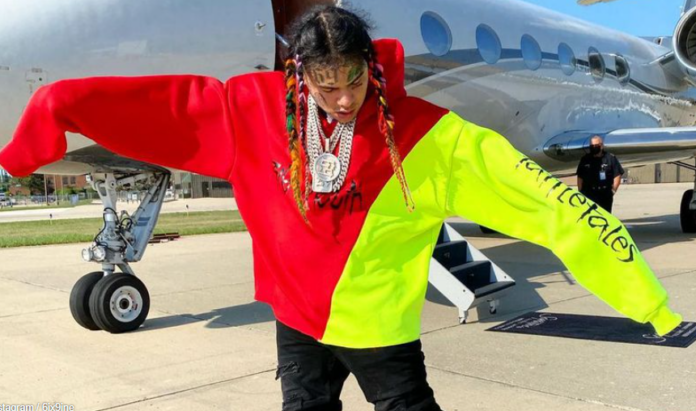 6ix9ine (24) has another process on her neck. The scandalous rapper, also known as Tekashi69, has come into conflict with the law in the past . He was most recently arrested for illegal possession of weapons and drug trafficking. In April 2018, the musician was even involved in a robbery, which he already admitted in court. The two victims of the attack have now sued the American!

According to documents available to TMZ , Seketha Wonzer and Kevin Dozier are now demanding compensation from 6ix9ine for being part of the gang that robbed them at gunpoint two years ago. Although it was not the 24-year-old who attacked her, he filmed the act . The victims of the robbery are now demanding that their valuables such as hard drives, valuable jewelry, a camera and cash that have been stolen be replaced. In addition to the damages, the two also want the “GOOBA” interpreter to atone for the bodily harm and the trauma they suffered.

“If Tekashi69 thinks that his legal problems are over after he pleaded guilty to having brutally attacked my clients, he was very wrong,” the lawyer for the two plaintiffs is said to have already announced. 6ix9ine’s lawyer announced that he would “vehemently contest” this lawsuit .