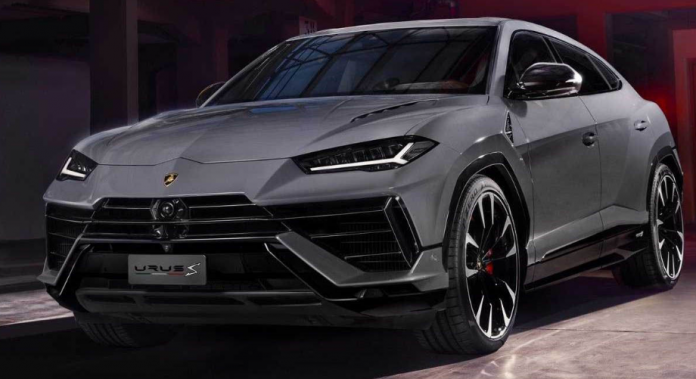 Lamborghini has introduced a new version of the popular Urus SUV model. The Urus S model, which will be released in 2023, has minor differences from the original version. Here are the design and features of the new Lamborghini SUV model…
Italian sports car manufacturer Lamborghini released an SUV model called Urus in 2018. The car, which has aroused great interest for many years, now has a new version. The SUV called the Lamborghini Urus S, released as a 2023 model, looks a little different than the standard Urus.

Both the original Urus and the Urus Performante had a design that many considered impressive. The Urus S design seems to continue the same situation. In context; The rigid design of the headlights, which includes thin daytime running lights, a large grille and sharp lines, is one of the outstanding design details of the Urus S.

A thin LED strip that attracts attention from the front is also preferable from the back and provides a great image. The four exhaust pipes of the Urus S, where sharp lines greet us again, also give an idea of the engine of this car.

The interior of the Lamborghini Urus S 2023 model is as bright as its appearance. The SUV with a fully digital display has a relatively small infotainment screen on the center console. Just below this screen we see a touch screen designed to control the air conditioning and seats. In the middle of the seats there is equipment resembling an airplane cabin, which allows you to adjust the modes of movement and gear shifting. Another detail of the interior design of the SUV is the opening panoramic glass roof.

The Lamborghini Urus S uses a 4.0-liter twin-turbocharged V8 engine with 666 horsepower and 850 Nm of torque. The maximum speed that a driver pushing this engine can reach is 305 km/h. The acceleration time of the car from 0 to 200 km/ h is 12.5 seconds.

Techland’s Response to Claims Regarding the Development Process of Dying Light...