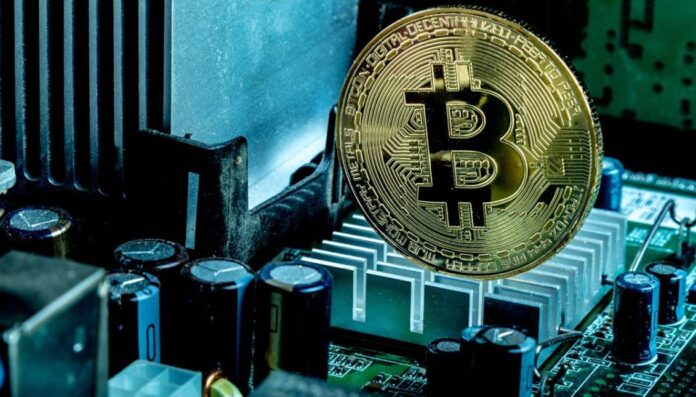 Lingham, a Bitcoin maximalist, was happy with the outcome of the claim, but said he doesn’t make similar bets these days. Speaking to Decrypt, Lingham said, “I am now in ‘wait and see’ mode. I think every halving poses a risk to the ecosystem. After halving, we see that generally everything went well. That’s why I think that BTC will rise even more. ”

At a fintech dinner in Palo Alto, California in September 2013, Goldman proposed this claim over Bitcoin’s future price via an email.

The bet was as follows:

Five years from now, Vinny will receive 1 Bitcoin from Brent for $ 1000.

Goldman’s brother, who is in the same email chain, and Brandon Goldman was confused by this offer. “If Vinny is so confident that the Bitcoin price will go up, why would he make a 5-year and $ 1000 futures contract?” asked. Lignham replied, “Then there’s no fun left.” The claim was finalized in 2014.

“I was interested in Bitcoin but was approaching with suspicion”

Brent Goldman explained why he made the claim as follows:

“At that time I was both interested and liked bitcoin and was approaching with suspicion. I was interested in how Bitcoin solves the Byzantine Generals Problem and how it can decentralize the financial system. As a participation, I am actually one of those who invested in Bitcoin very early. We even paid a meal with BTC. We devoted ourselves to this business with our friends. We went to the conference to Las Vegas. Bitcoin was also politically beautiful. Although I was not a mainstream libertarianist, I was influenced by Libertarianism. ”

Stating that he is still a supporter of crypto money today, Goldman said, “When I look at myself 7 years after that date, I am still interested in crypto money. I don’t really know which dominant coin will be. Maybe there will be another bifurcation with halving, but I know that crypto money will stay here. ”

He had won another bet
Lingham is a lucky name in winning bets. Civic CEO had previously bet on Bitcoin price with Ronnie Moas, director of Standpoint Research. Moas claimed that Bitcoin would see $ 28,000 in 2019, while Lingham claimed otherwise. Among those who witnessed the bets of the two names was Charlie Lee, the founder of Litecoin. The winner of the bet will receive $ 20,000, which will be donated to the Free Ross organization, which aims to fight for the release of the founder of the famous Silk Road dark network marketplace, Ross Ulbricht.

Amazon, Apple and Google Are The Most Valuable Companies In The...