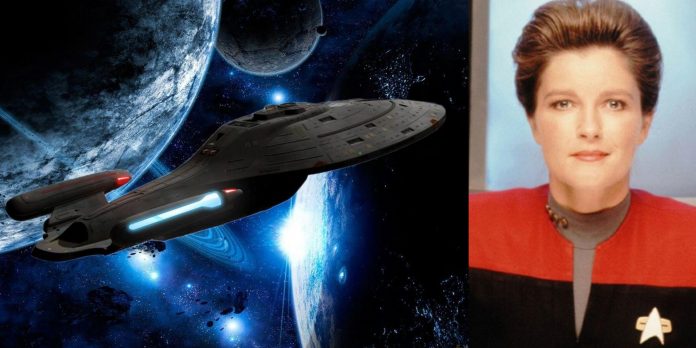 The reaction of Trekker fans to Star Trek: Voyager has always been intuitive. It seems that he is deeply loved or viciously hated, and there is little room for those who preferred The Next Generation or Deep Space Nine. In the crowded hall of the late 1990s, when the “Star Trek” shows seemed to be everywhere, this series could take a back seat.

Several episodes of Voyager stand out as classics, and many fans pay tribute to Janeway when it comes to being a starship captain. On the other hand, many of these episodes never received the recognition they deserved at the time. Now that we’ve entered another era where Star Trek is everywhere, even in cartoon form, these underrated episodes deserve another look.

“Warlord” is a one—time episode, a phenomenon that does not happen in the world of streaming and shows in the format of a mini-series, unlike a narrative that lasts for several seasons. It’s funny to watch Kes, a character known for his gentleness and modesty, turn into a full-fledged, screaming tyrant with four anxieties.

It was many years before characters like Philippa Georgiou and Sylvia Tilly underwent a similar transformation due to the Mirror Universe, but in this case, Kes was possessed by a real disembodied dictator. Jennifer Lien, the actress who played Kes, plays convincingly.

Barclay has always outshone everyone with his brilliant but reserved intelligence, and his chemistry with the Doctor in this episode is one of the best things about him. The story is surprisingly complex regarding the nature of existence and foreshadows a later time when the Doctor, with the support of his colleagues from Starfleet, lobbies for the rights of holographic entities such as himself.

In this case, several strange incidents prompt the Doctor to ask who he really is and what the true nature of Voyager is. What if it’s real and the ship is a hologram? The themes here relate to consciousness, self-awareness and the nature of human existence, and the Doctor returns to them again in later episodes.

It’s worth it only because of the unique design, which includes vintage steampunk scenery, a black-and-white photograph and Kate Mulgrew portraying a femme fatale from a noir film. This may be one of the few episodes dedicated to Paris, but not embellished and not stupid, which is another plus.

The trail of villains coming to life because of some holodeck malfunction is tedious, but this episode gives the whole idea a new lease of life, and it’s refreshing. It’s nice to watch Janeway give her all as Queen Arachnia after she was so reluctant to join in the fun. There could be some kind of TV series “The Adventures of Captain Proton”, and it would be preferable to those disgusting Holodeck episodes about a bizarre stereotype of an Irish village.

Everyone knows the classic “Death Wish”, beloved by fans, which includes a crossover with Q Continuum, a mysterious race of omnipotent beings from the “Next Generation”. No one remembers an equally interesting episode describing the consequences, and it’s just as good, but not half as serious.

When Q is dead, a replacement is needed, and Q from TNG returns to generously express his affection, as well as some creative and cute gifts to Janeway, his chosen girlfriend. Of course, there’s not much depth in this episode, and Q falls in love with another Q at the end, but Janeway ends up being her son’s godmother. The story continues in another episode, when Q returns with his belligerent teenager, hoping that the belligerent Janeway will be able to show him some discipline.

2 Barge of the Dead, season six

For Star Trek fans who wanted to learn more about the conflict between Klingons and humans and were disappointed that Warf did so little in TNG, there is the story of B’Elanna Torres. Half human, half Klingon, her inner conflict and its possible resolution is one of the longest and best character arches in the series.

It begins with “Faces”, an early episode where her human and Klingon sides are separated, and continues with this journey into the Klingon afterlife. Fans of video games will recognize some places from Klingon legends and galactic mythology. For those who are interested in the denouement of the Torres story, the episode “Bloodline” is the last chapter in this narrative, and although Torres herself has overcome some problems, now she has to deal with them again when she discovers that she is pregnant. .