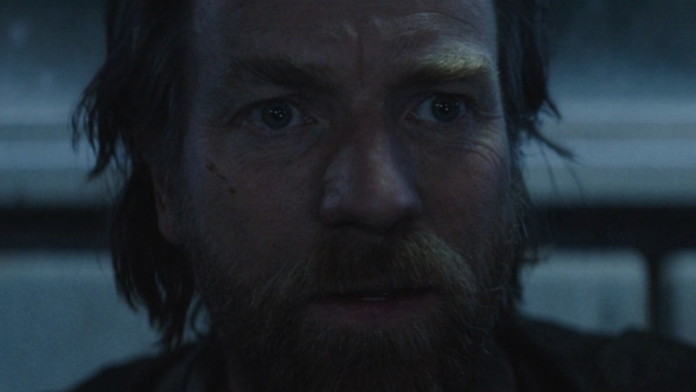 Warning: SPOILERS for Obi-Wan Kenobi are ahead!

It hasn’t even been a month since Obi-Wan Kenobi premiered to Disney+ subscribers, but this specific Star Wars journey has almost reached its conclusion. Over five episodes, we’ve watched Ewan McGregor’s title character go through quite a journey, which has seen him protecting a young Leia Organa (played by Vivien Lyra Blair), clashing with Darth Vader (physically portrayed by Hayden Christensen and voiced by James Earl Jones) and meeting a lot of new faces to a galaxy far, far away. Now there’s just one episode left to wrap this story up.

Whether Obi-Wan Kenobi’s season finale is “normal” length or extra long, there’s a lot that will need to explored in it and plenty of questions to answer. Regarding the latter, we’ve highlighted six in particular we hope are addressed, and we’ll kick things off going over the question that could be argued as the meatiest of them all.

How Will Obi-Wan Kenobi And Darth Vader’s Rematch Go Down?

Obi-Wan Kenobi and Darth Vader have already locked lightsaber blades once in this Star Wars show, and this encounter didn’t go well for the former character. Between being taken by surprise by seeing the man he once knew as Anakin Skywalker in his cybernetic form and having barely used the Force since the duel on Mustafar, Obi-Wan was way too rusty to put up a fight against his former Padawan, and their scuffle ended with the Jedi Master being set on fire. Luckily Indira Varma’s Tala was able to save him, but some concept art released in late 2021 and the Empire now hot on The Path refugees’ tails indicate that Obi-Wan and Vader are due for a rematch. Granted, we know both will make it out alive and meet one more nearly a decade later in A New Hope, but how will it go down, and will be just as badass as their previous two conflicts? Chances are strong on the latter, but as far as the former go, I’m curious to see how the pieces fall into place for what could be be the last time fans see these two battle onscreen together.

How Did Reva Get Involved With The Inquisitors?

As many Star Wars fans suspected, Moses Ingram’s Reva revealed in Obi-Wan Kenobi’s penultimate episode that she was indeed one of the younglings we saw at the start of the series’ premiere episode attempting to avoid being killed at the start of Order 66. Reva only survived because she played dead amongst the corpses, and while she later became an Inquisitor, she didn’t do so to serve Darth Vader, but rather kill him someday. Still, it’s a major jump to go from youngling who lived through Order 66 to Inquisitor, so how did Reva end up carrying a red lightsaber blade? It’s possible this full story will be saved for a novel or comic book series someday, but it would be nice for Obi-Wan to provide some additional information for how she ended up with the Empire.

Will Bail Organa Hook Up With Roken And The Other Path Members?

As anyone who’s seen Revenge of the Sith knows, Bail Organa is no fan of the Empire, and as shown in Rogue One: A Star Wars Story and mentioned in A New Hope, he was a key leader in the Rebellion until he died when the first Death Star destroyed Alderaan. That said, when Jimmy Smith popped up as Bail in Obi-Wan Kenobi’s first episode, Bail’s ties to the Rebellion weren’t directly laid out, as his chief concern was making sure his daughter was safe and serving the people of his planet as Senator. Make no mistake though, Bail was instrumental to the Rebellion’s infancy, and since we know Leia will eventually make her way back to her father and mother, will Obi-Wan Kenobi deliver her on his own, or will O’Shea Jackson Jr.’s Roken and other members of The Path accompany him? This network appears to be separate from the Rebellion’s efforts, but I can easily see these two groups coming together.

What Kind Of Danger Is Luke Skywalker In?

Reva was badly injured by Darth Vader in Obi-Wan Kenobi Episode 5, but she’s not down for the count just yet. As she was dragging herself across the dirt on Jabiim, she found Obi-Wan’s lost transmitter, and while it was damaged during the battle between The Path operatives and the Imperial forces, she was able to hear part of Bail Organa’s message, learning that he intended to travel to Tatooine. We then ended the episode with an ominous shot of young Luke Skywalker asleep in his bed. While Reva wants Vader dead, it’s been made abundantly clear that her and Obi-Wan’s interests don’t align. So is she now headed to Tatooine to find Luke? And if she is, what does she plan to with the boy? Whatever it is, it isn’t good, and while we know Luke will be fine in the long run, you can be sure Owen will find a way to blame Obi-Wan for what happens. Back to Reva…

Rather than kill her on the spot, Darth Vader and The Grand Inquisitor (yes, he’s still alive and on the path to his destiny in Star Wars Rebels Season 1) left Reva for dead, and even though she’s still alive by the end, will she stay that way by the end of the finale? It’s easy enough to imagine Reva succumbing to her wounds, losing to Obi-Wan in a duel or any number of other things that end with her demise. Having said that, it’s rumored that Obi-Wan Kenobi will get a second season, and Reva will be along for that ride too. To be clear, this information is in no way official, but if it’s accurate, then Reva’s fans can look forward to seeing more of her in a galaxy far, far away.

Will We See Qui-Gon Jinn?

Although Liam Neeson’s sole onscreen outing in the Star Wars universe is still The Phantom Menace, he did vocally reprised Qui-Gon Jinn in Attack of the Clones, The Rise of Skywalker and a few episodes of The Clone Wars. The ‘Previously On’ segment in Obi-Wan Kenobi’s first episode also highlighted how at the end of Revenge of the Sith, Yoda promised to teach Obi-Wan how to communicate with the late Qui-Gon through the Force. We have yet to see this happen in the series, though as mentioned earlier, Obi-Wan has gotten pretty rusty with the Force. A lot of Star Wars fans have wanted to see Neeson reprise Qui-Gon as a Force Ghost, and with just one episode left to go in Obi-Wan Kenobi (unless Season 2 is indeed on the way), this would be the perfect and potentially last opportunity to show that.

Obi-Wan Kenobi’s finale drops Wednesday on Disney+ (opens in new tab), but that won’t be the last Star Wars content the streaming service provides this year, as Andor Season 1 and The Bad Batch Season 2 will arrive in the coming months. CinemaBlend will also continue to share the biggest news items on upcoming Star Wars movies and TV shows.

The cameo of the villain Obi-Wan in the Finale makes a...