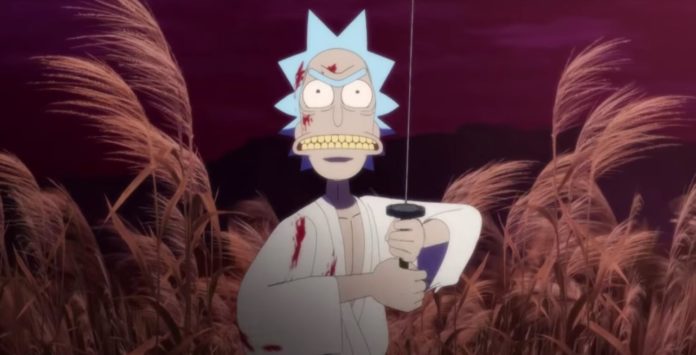 When will Rick and Morty season 4 arrive? This is one of the most frequently asked questions for the series, which is highly anticipated by everyone. The series, which took a break after the first five episodes of the fourth season, appeared before the fans as a short film called Samurai and Shogun. The movie was released on YouTube.

Anime-inspired Rick and Morty
There is a constant demand for new episodes for the series that millions of viewers follow closely. As such, the series team rolled up their sleeves and broadcast a 6-minute short film on YouTube. But this time there is a little change. Because Rick appears before us as a samurai. Moreover, the movie is in Japanese. Fortunately for those who do not speak Japanese, lines with English subtitles are easier to understand.

Samurai Rick shakes his sword
Instead of the team led by Dan Harmon and Justin Roiland, Studio Deen produced Ranma 1/2, Junji Ito Collection and Umineko no Naku. This 6-minute short film includes a reference to Akira Kurosawa’s favorite classic samurai films. So, according to a classic Rick and Morty, this short film, which often contains anime elements, seems to attract the attention of the audience.

You can watch the 6-minute Samurai & Shogun (Rick and Morty) movie on YouTube if you want to get away and see Rick as he swings the samurai sword, during these days when you apply social distance rules during the Corona virus outbreak.

Biden will present immigration reform as soon as it starts

Tezos sold tens of millions of dollars of Bitcoin in 2019