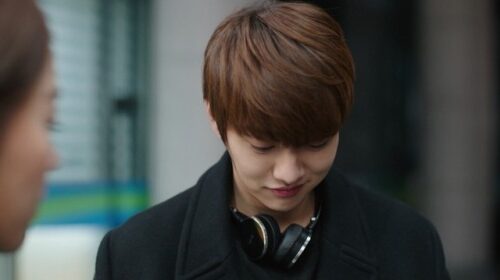 Asian dramas always give us incredible stories and endearing characters, where technology almost always takes place, we see many new articles and we would like to have, but also, some of these productions introduce us to computer technology experts.

When it comes to action stories, the characters in the dramas must have more than their fighting and sneaking skills, since to get off the hook and unmask the culprits, they’ll need access to important information.

Therefore, when the protagonists of the dramas do not have the knowledge to enter different systems, they require the help of some hackers and programming experts, do you remember any?

Here we present 6 characters within the Asian dramas that with their role as hackers have greatly helped the main characters achieve their goals, thus helping to do justice or save someone.

Remember the Cutest hacker from "Legend of the Blue Sea" 🤣💜 pic.twitter.com/pMGhFHHcp9

Tae Oh – The Legend of the Blue Sea

The drama starring Lee Min Ho tells his story as a swindler who, after doing some work, must flee the consequences, but to achieve his goal, he will have the help of some allies, including Tae Oh, who thanks to his skills and knowledge In computing, you will have a key role in the team.

Healer is a messenger mess, his life will change when he must work with two other people to respond to an event that happened years ago, but how can Healer manage to deliver all his messages? It is thanks to Min Ja, who guides him not to be discovered.

Ra Do Woo – My Secret Terrius

The story revolves around Go Ae Rin, who is suddenly embroiled in a spy war after her husband dies and discovers that her husband was involved in a conspiracy. This is how we meet Ra Do Woo, who is part of the National Intelligence Service.

Based on a popular manga, Bloody Monday tells the story of Takagi Fugimaru, a computer expert boy who manages to become a recognized hacker known as Falcon. The story is about a conspiracy that aims to drop a biological weapon on Japan, but how does Falcon relate to this?

The drama tells the story of a team charged with committing crimes, where their investigative and swindling skills will allow them to get away with it. Byung Min is part of this organization, where he is in charge of the functions as a hacker.

After being adopted, Nando was taken by his family out of Korea, where he hacked into the police system and had to flee, although he faked his death, later making his comeback in Korea, where he presented the holo project.

Chris Evans, partner of Ana De Armas in the film “Get...