Home Crypto 6 Analysts Announced: What Will Happen to the Gold Price with the... 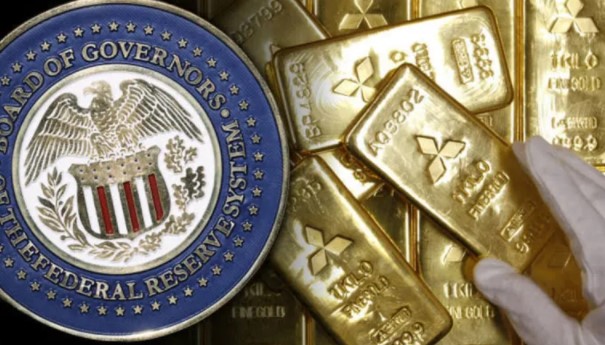 The gold price slid nearly 2% to a two-week low on Tuesday as hopes for progress in peace talks between Russia and Ukraine and the prospect of a US rate hike dampened demand for the safe-haven asset. The yellow metal was trading slightly volatile on Wednesday, around the $1,920 low at the time of writing.

David Meger: There is less need for safe harbors now

Given the peace talks in Ukraine, the upcoming Federal Reserve rate hike, and some general pullback in commodity prices, there appears to be less need for safe havens at the moment.

As we reported on Somanews, one of Ukraine’s negotiators said that talks between Russia and Ukraine on a ceasefire and the withdrawal of Russian troops from Ukraine are continuing. Also, the Fed is expected to raise the interest rate by 25 basis points on Wednesday to combat rising inflation.

Expectation of the first US rate hike in three years pushed US 10-year Treasury rates to the highest levels in several months. Higher interest rates increase the opportunity cost of holding unyielding bullion. Saxo Bank analyst Ole Hansen interprets the effect of the Fed’s stance on the gold price as follows:

The first rate hike movement from the US usually points to a low point in the gold price. So today we will see what kind of signal they will give and how hawkish their statement is. This will likely determine the short-term outlook from here.

Gold price was flat on Wednesday after Tuesday’s steep decline as U.S. Treasury bonds strengthen near multi-month highs before the Federal Reserve raises interest rates and investors focus on peace talks between Russia and Ukraine. Stephen Innes, managing partner of SPI Asset Management, evaluates the developments and their impact on the yellow metal as follows:

Markets are starting to think a little bit about what would happen in a post-war situation. Gold will lose this main anchor if peace talks continue. And that’s a war trade. Gold has risen as a war measure, and these geopolitical risks are fading very quickly.

Peace talks sound more realistic, but more time is needed, Ukrainian President Volodymyr Zelenskiy said on Wednesday. U.S. Treasury yields hit a two-year high on Tuesday before the Fed announced on Wednesday it would raise rates for the first time in three years. Stephen Innes says the following about the rate hike:

Markets have fully priced in seven rate hikes for this year. High inflation, moderate increase in interest rates. This is good for gold.

According to Reuters technical analyst Wang Tao, spot gold could bounce to the region of $1,941 to $1,960.

Open interest on gold futures markets contracted for the second consecutive session on Tuesday, this time down by about 5.6k contracts, given CME Group’s advanced data. Instead, volume rose by around 87,000 contracts after four consecutive days of pullbacks.

According to market analyst Pablo Piovano, the drop in gold prices on Tuesday approached the important level of $ 1,900 amid declining open interest. The analyst states that this is an indication that a deeper decline would not be preferred, at least in the very near term.

Analyst: Shiba Inu will see these levels within a week!