Home Crypto 6 Analyst: Gold may see these levels in the coming days! 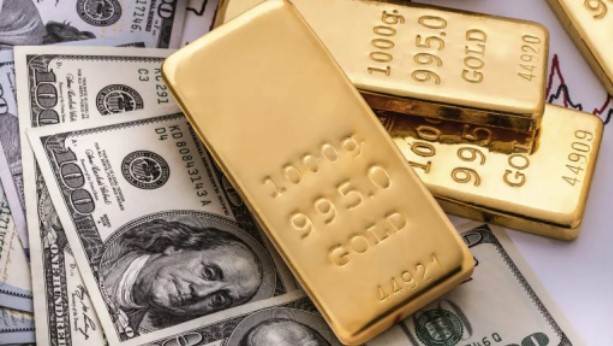 Gold fell slightly on Tuesday as the dollar strengthened on expectations that prices could retest gold’s $2,000 resistance in the short term.

Stephen Innes: Gold investors are ready to move on from recession

Gold prices rose sharply on Monday, when American traders returned after a three-day weekend, and there is little chance of a quick end to the Russian invasion of Ukraine, as we reported on cryptokoin.com . Steven Innes, managing partner at SPI Asset Management, writes in a daily note:

Now gold is directly benefiting from the inflationary consequences of the Russian-Ukrainian conflict, which from the point of view of the market are more significant than the immediate military events. These results led to a hyperinflationary environment that forced gold investors to accumulate securities and (physical metal) in case of a possible recession.

Steven Innes says that testing gold now near the $2000 level will open the eyes of more traditional gold buyers and pulse-type players, and will also open up opportunities for moving higher in the medium term.

As Russia prepares for a full-scale offensive in eastern Ukraine, it rocked the western Ukrainian city of Lviv on Monday, killing at least six people. Ukrainian troops are holding positions in the heavily destroyed southeastern port city of Mariupol after Russia refused to surrender. Chintan Karnani, Director of Research at Insignia Consultants, comments:

Ukraine is the reason for the rise in gold prices. If the Ukrainian conflict continues to escalate, inflation will last longer. Trading volumes were weak as the UK and much of Europe and parts of Asia were closed on Easter Monday.

Meanwhile, according to Chintan Karnani, at the technical level of trading, gold should exceed the $ 2,000 mark on Tuesday and before the end of the week for a new wave of price growth to begin.

Demand for a “safe harbor” and purchases by central banks

Gold rose due to the demand for a safe haven, despite the rise in treasury bond yields and the strengthening of the US dollar (both are usually considered negative for the precious metal). Marios Hadzikiriakos, senior investment analyst at XM, writes in a note:

Either the safe haven demand has neutralized these negative forces, or some central bank is acting like a whale, using this opportunity to buy bullion. Tough sanctions against the Russian central bank have made it clear that foreign exchange reserves are not as reliable as gold in a crisis.

According to Matt Simpson, senior market analyst at City Index, $2,000 is a pretty critical level, and the fact that gold effectively closes the day means that there are small fluctuations whether to immediately go higher. The analyst says:

Gold has an opportunity to overcome the strength of the US dollar and possibly rise above $2,000 in the coming weeks. The dollar has reached its highest level since April 2020 as the Federal Reserve is poised to repeatedly raise rates by half a percent in an effort to curb rising inflation.

David Meagher, director of metals trading at High Ridge Futures, notes that a slight increase in tensions due to the Russian-Ukrainian war and widespread inflationary pressures are fueling the demand for gold as a safe haven.

In addition, David Meagher says that concerns about an economic blow due to Covid restrictions in China also support the precious metal. While concerns about rising inflation have increased the attractiveness of gold as a safe haven, raising rates to mitigate higher prices could hurt demand for the metal due to higher opportunity costs of storing unprofitable bullion.

According to Han Tang, if real interest rates are positive, working with gold may become more difficult.

The US Federal Reserve is expected to accelerate policy tightening at its next meeting with an expected increase of 50 basis points at meetings in May and June. Exinity’s Chief market Analyst Han Tan makes the following predictions:

From a technical point of view, spot gold may face little resistance when it reaches above $2,000. However, when real rates move into positive territory, it may be difficult for gold to stay above $2,000.

Cryptocurrency Analyst Draws Attention To These Five Altcoins By Pointing To...