Home News 5SOS talks about their friendship with GOT7 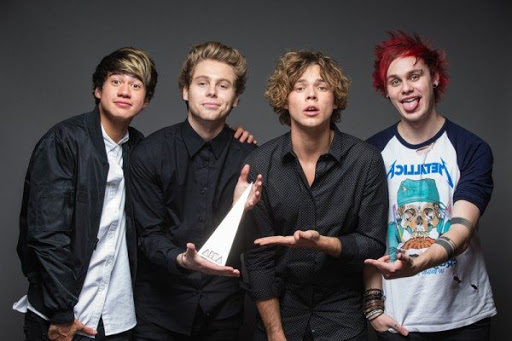 5SOS talks about their friendship with GOT7. The groups met during the last 5SOS visit to Korea.

The Australian band has just released their new record material under the name CALM , a title made up of the initials of the members of the group and which, has provided its followers with a new musical proposal as part of the evolution in their creative process.

THANK YOU AUSTRALIA. What an amazing show for an amazing cause. We love you. #FireFightAustralia

To celebrate the premiere of the new album, the Naver portal shared an interview with the group and, in addition to asking them when they would visit Korea again, they also asked about a possible collaboration with an artist from that country . Michael then said that, while they were in Korea, GOT7 went to his concert , so he could see that they were nice guys and that their artistic quality was also good.

Luke recalled that they had also met MONSTA X while they were at an event organized by a radio program and that they also found them great , so he recognized that there are many good artists producing music in Korea these days.

Although fans of these groups were able to see the photo where the members of MONSTA X and 5SOS met , it seems that no one had any idea that they had also managed to coincide with GOT7 since neither said anything about it at the time.

Last year the boys from 5SOS visited Seoul and gave a small show, they also joined the television program Welcome to Korea and at both events they showed their interest in some groups, mentioning BLACKPINK, DAY6 and GOT7 among them , which unleashed the emotion of several fandoms at the hope of a possible meeting, collaboration or at least an interaction between them.

We uploaded some exclusive behind the scenes photos from our US promo trip on @tumblr. Head over to our page thisismonstax.tumblr.com/ #MONSTAX #MONSTA_X #몬스타엑스