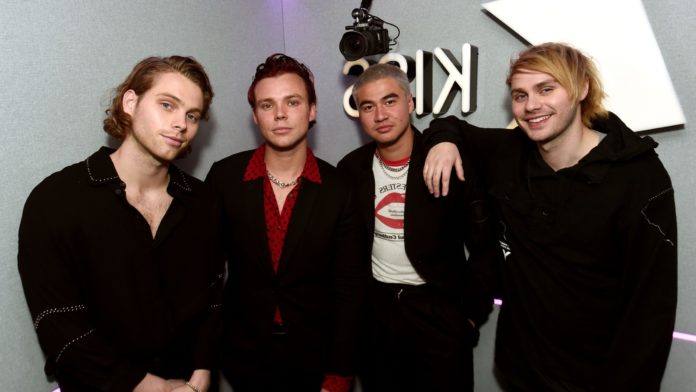 The clip was made at home with the help of a green screen and the boys’ phones.

After the release of CALM, their most recent record production , the guys from 5 Seconds of Summer return with the music video for Wildflower , one of the songs that since its release has become a favorite of the 5SOS FAM.

Wildflower was one of the singles that 5SOS revealed to the public prior to the album’s release, this being the last song to be revealed individually. For its premiere, the boys prepared a lyric video recorded at home where, with the help of their photographer Andy Deluca , they made a beautiful piece of colored flowers that moved while we saw the verses of the song appear.

The song had an incredible reception by the public , although in the first albums of the group Calum actively participated in the vocal lines of the group, later he, Michael and Ashton decided to focus on the sound of their musical instruments and accompany the voice of Luke alone in chorus, however, Wildflower’s vocal line is entirely in Calum’s charge.

Due to the success that this song represented, the band decided to release some pieces of their official merch inspired by it and now, they also return with a music video . The group said through its Twitter account that it is a homemade production that they made with the help of their phones, supported by the direction and editing of Andy Deluca.

The video shows several shots of the boys recorded individually and collectively, as we watch them stroll in front of psychedelic settings. The group filmed this video taking a green screen from house to house so that everyone could record their part of the clip. But they ensured that in each case all the equipment was properly disinfected. The video features some bloopers and also shows the involvement of Petunia, Luke’s pet and the famous lemon tree that Ashton has long cared for.

Watch the Wildflower video below:

See Also  5SOS talks about their friendship with GOT7

This is how Jordyn Woods feels a year after the scandal...

Bradley Cooper was engaged by a photo with a fashion goddess