Home Celebrity 5SOS fans prepare for the premiere of ‘CALM’, their new album 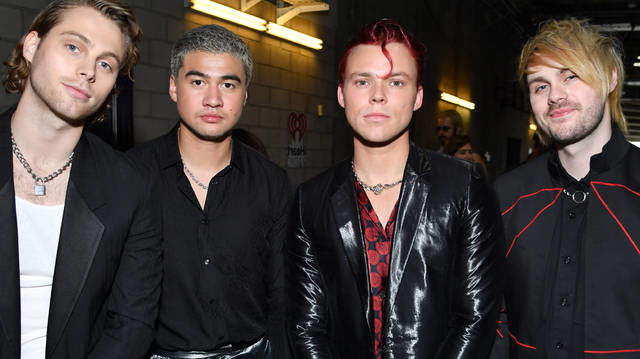 5SOS fans prepare for the premiere of ‘CALM’, their new album. The group prepared a Listening Party and the excitement of their followers was immediately manifested.

It’s been two years since 5 Seconds of Summer released Youngblood , their latest record material. After promoting it around the world, the group returned to the studio to prepare the new musical era that they wanted to show their followers and now, that era will finally see the light.

In early February the band released the first single that would officially announce their return, that was ‘No Shame’, since then, they have consented to their followers with ‘Old Me’ and more recently ‘Wildflower’, which joined ‘Easier’ and ‘Teeth’, songs that had been previously released. The excitement of Calum, Ashton, Michael and Luke for this new release has been manifested through their social networks, promising a new sound that they are sure will be liked by their fans.

Although for security reasons, fans will not be able to hold any event to buy and listen to the album as a group, the boys of 5SOS have devised a plan so that their followers can enjoy the premiere of this new album and, what better than in company from the creators of the songs that are about to take over their playlist.

The group announced that they will be doing an Online Listening Party so that their fanbase feels completely connected to a collective experience , so that it is as if they are all enjoying the new melodies from the same place. To do this they will do a live broadcast on Instagram and have given their fans a series of indications for them to enjoy this experience widely , creating the perfect environment for this ‘date’.

Let’s listen to C A L M in its entirety together // midnight EST on Instagram Live // share your rituals #5SOSListeningRitual pic.twitter.com/0zHktKIvU1

STEP 1. PREPARE YOUR SPACE
For this you must choose the place from where you plan to listen to the album, choose the outfit that best suits you, something comfortable, something you would use to go to his show, etc. Have headphones ready, snacks, build a fort with pillows and blankets, use incense, put on a mask, a do not disturb sign on your door, you choose which ideas are best for you.

STEP 2. PREPARE THE RIGHT LIGHTING
It is about creating a more comfortable environment and, why not ?, it is something magical to make the experience unforgettable. For this you can use your favorite lamp, candles, led lights, whatever you have at home. Mind you, be sure to place them safely.

STEP 3. JOIN THE PARTY
5SOS invites you to make sure you are comfortable, making sure before your phone has a battery and that nothing is going to distract you.

After the sudden creation of this event, the 5SOS FAM has not let the excitement over the CALM premiere die down . Their followers have shown the curiosity and high expectations that this new album has unleashed , being sure that the new songs will be just as incredible as those that have already been released.

Check out some of the tweets fans of the group shared about the CALM premiere here:

Fans celebrate the anniversary of Singularity, one of Taehyung’s solos

Taylor Swift wins the battle against his label, Selena Gomez and...