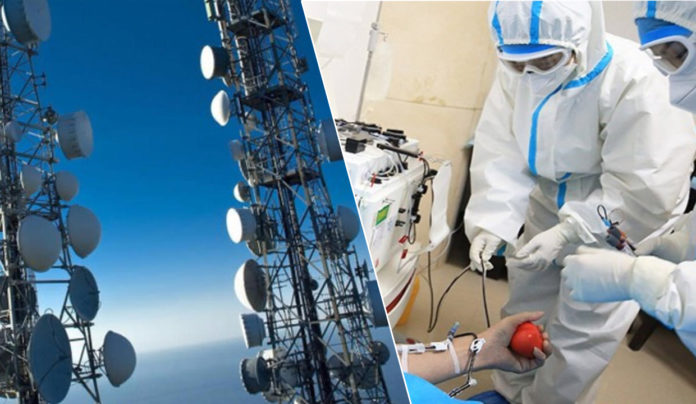 The 5G Coronavirus connection conspiracy theory that spread on the Internet last week continues to spread rapidly in the UK.

Britain had started to spread 5G base stations to the country since June. The group believing in theory has already started targeting base stations.

How was the 5G Coronavirus connection established?
These connection claims, which came out last month, were denied by many experts. However, in England, these denials do not seem to work very well.

So much so that, in connection with this claim, a 70-meter 5G base station was swaddled in Birmingham city. Research on fire is ongoing. Verbal and social media harassment against executives and companies operating 5G in many parts of the country increases its severity.

He allegedly says that radiation poisoning with coronavirus has many similar symptoms. But this argument espoused by some columnists from Turkey, it does not explain how the spread of disease in countries where there is 5G technology.

Again, the city of Wuhan, which is the source of coronavirus spreading, meets 5G limited in November 2019, not in 2017.

The fact that these cases were seen later in countries such as the USA, England and Japan, which have met with this technology before, is one of the facts that refutes this claim.

verification of information about employees teyit.org in Turkey, has already published an extensive research on this claim. You can reach a wide explanation about the claim from our link.

The World Health Organization (WHO) has opened a 5G title on the rise of questions about it. WHO explains in this study that no evidence of 5G’s harm to health has been encountered so far.

So what do you think? How has this conspiracy theory spread so far despite all the erroneous arguments?

Fortnite receives the Predator and equipment to be invisible

No Man’s Sky to Receive Stable Updates in 2020