Home News Funeral for George Floyd is held in Houston 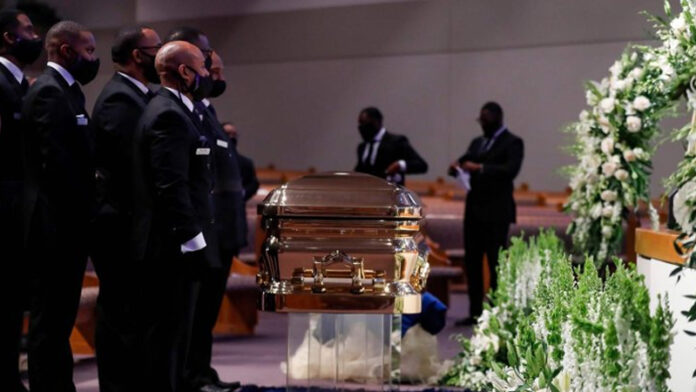 For George Floyd, who was killed by a police officer in Minneapolis, Minnesota, USA, a third funeral is held in Houston, Texas, where he will be sent off on his last trip.

Two funerals were held in North Carolina, the birthplace for Floyd. The third funeral for Floyd is held in Houston, Texas. Thousands of people who wanted to commemorate Floyd made long queues in front of the Fountain of Praise Church. Thousands of people who adhered to the measures taken during the funeral ceremony in the USA, which became the center of the coronavirus epidemic, were taken into the church in groups. Floyd’s funeral was visited by his lovers for 6 hours.

George Floyd’s funeral will be buried at Memorial Gardens Cemetery in Houston after the ceremony.

The first funeral for Floyd was held in Minneapolis on Thursday, and the second was held on Saturday in North Carolina, the birthplace of Saturday.