Bitcoin price saw a new ATH on January 3 and surpassed the $ 34,000 level. Raoul Pal made some statements after the upward price momentum seen in Bitcoin. Pal said BTC could go up to $ 1.2 million. Bill Barhydt expressed his support for Pal’s views and set a target of $ 500,000 for BTC.

Bitcoin succeeded in exceeding the level of 30 thousand dollars in the new year to 34 thousand dollars. Against the strong performing BTC, comments came from well-known names. “Everyone is celebrating the rise of BTC, but let me remind you of the main goal,” Real Vision CEO Raoul Pal posted on Twitter. he made a price prediction.

According to Pal’s estimates, the trend seen in the 18 months after the halving means that there is a price target of between 400,000 and 1.2 million dollars by the end of 2021. As Pal says, “I’m not saying Bitcoin will be $ 1 million at the end of the year. I’m just showing that this is a more likely scenario than you think ”. He commented. 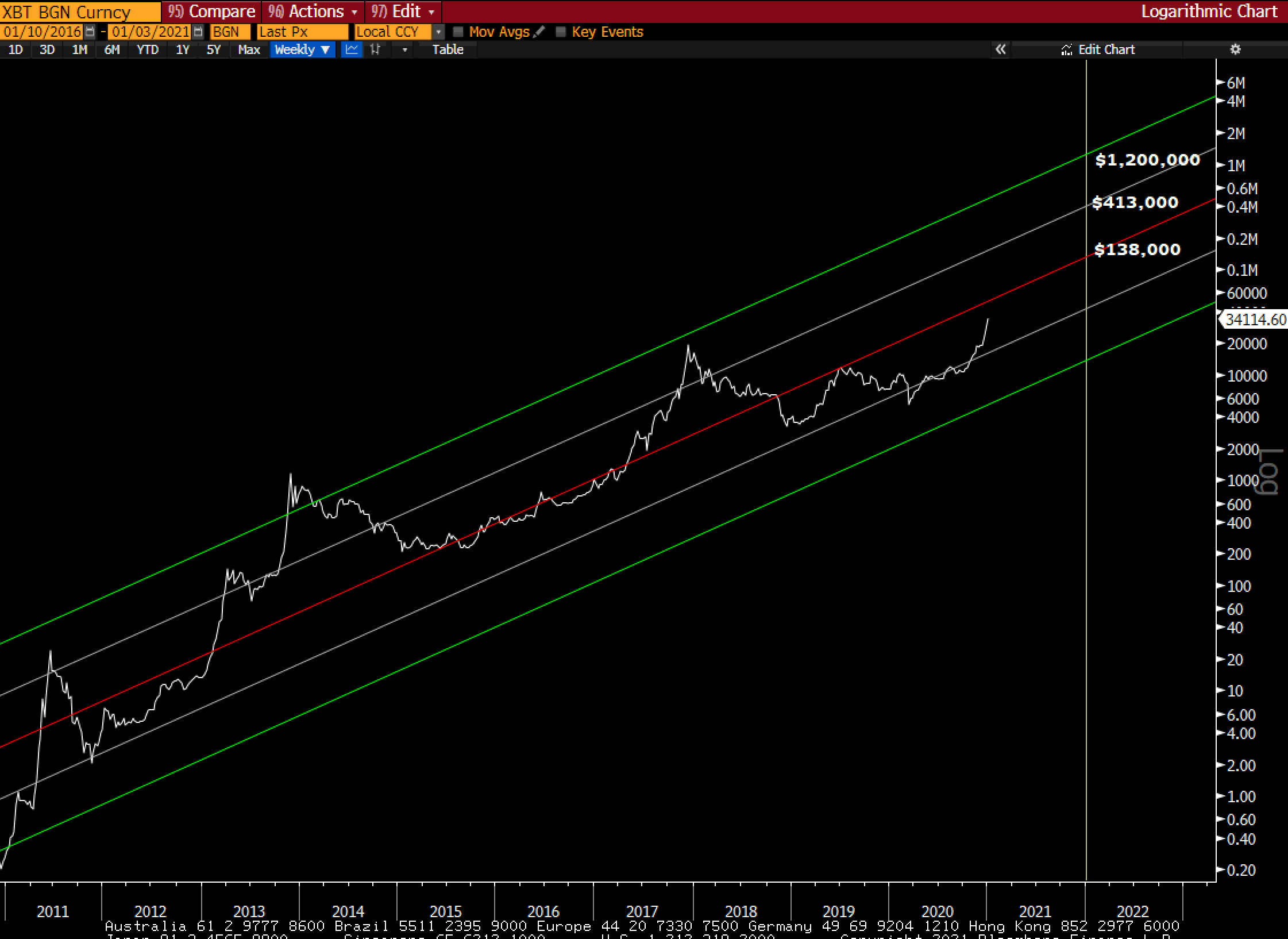 Besides that, Raoul Pal talked about the fear wall that will form in the market. He said that the fear seen in Bitcoin in 2017 was due to forks, this time he believes that regulations and fixedcoins such as Tether can create a fear. “People will tell you that this is crazy. They will say that correction is seen, bad news is coming, and they are right about it. But Bitcoin doesn’t care about any of that. ”

Finally, Pal stated that the Bitcoin price is moving upwards and it doesn’t matter how it got there.

Abra Global CEO Bill Barhydt stated that he agreed with Raoul Pal’s Bitcoin price prediction, “A $ 500,000 price target for Bitcoin is now considered logical by many.” said. Stating that BTC has grown at an unprecedented rate, Barhydt made the following comment for the coming months:

“Bitcoin will rise to $ 100,000 with the individual FOMO effect, and it will be debated in the media whether it will be $ 500,000. Bitcoin’s gradually decreasing supply will allow this wave to spread faster. Since Bitcoin is a regulator-friendly cryptocurrency, regulations will also favor it. “