Home Science 500 Modern Human Dimensions of Da Vinci’s drawing was found to be... 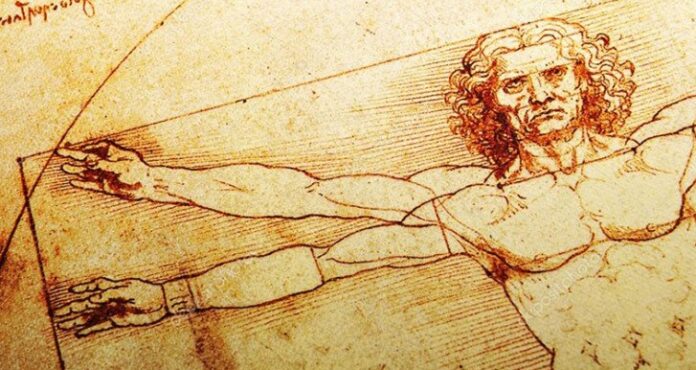 Leonardo Da Vinci transferred his ideal human body measurements to a notebook with the Vitruvian Man drawing about 530 years ago. After 500 years after the drawing, which is believed to show the perfect proportion of the male body, scientists carried out a study to determine how close today’s human is to the measurements of the Vitruvian Man.

Da Vinci measured the different parts of the male body by hand to create the Vitruvian Man drawing. The famous painter created the Vitruvian Man, the ideal male body drawing, with the measurements he obtained, and drew it in a sketchbook.

Scientists from the US Military Academy conducted a body scan of 63,623 men and 1,385 women aged 17-21 who were trained in the U.S. Air Force to compare today’s human body sizes with those of the Vitruvian Man. After the screening, the average body measurements of men and women who participated in the study were made. In the measurements made by scientists, it was found that the average height of men was 168cm and the average height of women was 160 cm.

The Vitruvian Man drawing, thought to have been drawn in 1492, has a circle around the body of a man, bounded by his arms and legs. When today’s women and men are placed in the same circle with the measurements obtained in the study, it is seen that the hands of men and women are outside the circle.

The study conducted in the USA shows that the ideal male measurements in Da Vinci’s Vitruvian Man drawing are similar to those of today’s people. In addition to this similarity, it seems that the dimensions of today’s people are a little longer than the ideal person of Da Vinci.

A Laptop-sized Module Will Drop Space Litter to Earth