Home Science The 50-Year Theory Assuming It Can Produce Energy from the Black Hole... 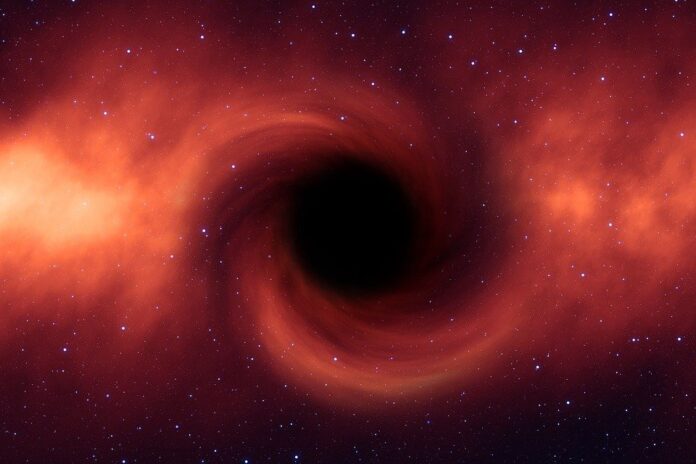 The experiment of the theory, which was put forward as an idea 50 years ago and that discusses how an extraterrestrial civilization can take advantage of black holes, was conducted. Scientists from Scotland prepared an experimental setup and twisted the sound instead of light.

The thought experiment, which was put forward as an idea by the famous British physicist Roger Penrose in 1969 and investigating how an extraterrestrial civilization can produce energy using a black hole, was put into a real experiment by a research laboratory in Glasgow. Scientists in Scotland aimed to make this theory a reality by using sound instead of light.

Penrose in 1969; it assumed that energy could be produced by lowering an object into the ergosphere of the black hole. The ergosphere is the outermost layer of the event horizon of a black hole. An object needs to move faster than the speed of light in order to remain immobile in the event horizon. Penrose thought the object would gain negative energy in this unusual region. One of the objects split into two will fall into the black hole, the other will be saved, and the recoil will cause a loss of negative energy. The surviving half of the object would get the energy extracted from the return of the black hole, but according to Penrose, the engineering work required for this type of activity would be huge, and only an extraterrestrial civilization could do it.

Two years later, another physicist Yakov Zel’dovich argued that we could make Penrose’s thought experiment a much more practical experiment. Proposing ‘twisted’ light waves to test Penrose’s theory, Zel’dovich thought that these light waves hit the surface of a metal cylinder rotating at exactly the right speed. In this experimental setup, light waves would result in additional energy gaining thanks to the circular Doppler effect of the rotating cylinder.

The idea of ​​Zel’dovich, however, has remained in theory completely since 1971 because the metal cylinder had to spin at least one billion times per second for such an experimental setup to be successful. Of course, this was far beyond the engineering power of humanity. Scientists in Glasgow decided to experiment with sound waves instead of light waves. Sound waves with a lower frequency therefore allow for a more practical experiment setup. The team managed to build a system that bends sound waves using small speaker rings.

Twisting sound waves were sent to a sound absorbing disc made of rotating and foam. Behind the disc, a series of microphones picked up the sounds coming from the speakers and passing through the disc, and it was seen that the rotation of the disc steadily increased its speed. The circular Doppler effect had to be seen to confirm the theory of Penrose and Zel’dovich.

The Doppler effect causes us to hear an ambulance siren that comes towards us in our daily lives, very treble, and the sound of the same siren is gone pissing away from us. Physicists also found that the circular Doppler effect in their experimental setup created a similar situation, that the sound became inaudible and then appeared more strongly. As a result, the transition from negative energy to positive energy has been proven exactly in accordance with Zel’dovich’s predictions.