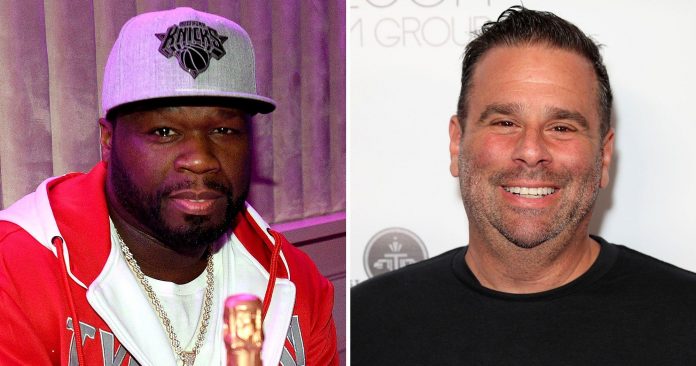 50 Cent entered the chat. The rapper shared his thoughts on the sexual harassment allegations against Randall Emmett after the duo’s previous feud.

“That’s why I made him give me my money by Monday,” the 46—year-old “In Da Club” artist wrote on Instagram on Friday, July 1, along with a screenshot of an article about the 51-year-old producer. “Then after he had to stay 100 feet away from me.”

Emmett did not immediately respond to a request for comment.

The Grammy winner made headlines in April 2019 when he accused the movie mogul of allegedly owing him $1 million. The drama began on social media when the Power graduate exchanged insults on Instagram with Emmett’s then fiancee, Lala Kent.

However, three days later, the “Candy Shop” musician announced a truce after the Miami native paid him off. The rapper, whose real name is Curtis Jackson, posted a screenshot of an alleged text message exchange between him and Emmett, where the producer asked him to stop discussing the situation on the Internet.

The story of Bruce Willis with Randall Emmett over the years: chronology

“If I agree to all the terms, please stop publishing,” co-founder Emmett/Furla/Oasis Films wrote. “The money will be there in the morning.” A few hours later, 50 told Emmett that he had received the money. “OK, I just got a hole in the wire,” the New York native wrote. “Back to my usual scheduled program.”

The American Music Award winner later told Andy Cohen that he had no regrets about publishing the drama, saying that social media posts “immediately brought me money.”

Earlier this week, the Los Angeles Times published a lengthy expose of Emmett and his company, which contained numerous allegations of mistreatment of employees and sexual harassment. One unnamed accuser claimed that the director offered her roles in some of his films in exchange for sex.

The woman’s lawyer, Gloria Allred, sent Emmett a letter in October 2021 detailing her client’s accusations against him. The lawyer claimed that her client worked with the businessman on two films for three years, during which she “gave Emmett massage and oral sex, allowed him to digitally penetrate her and stood naked in his office while he masturbated.” The woman claimed that Emmett threatened to deprive her of roles in his films when she tried to stop his sexual harassment.

They went there! The Biggest Celebrity Feuds of All Time

Emmett, for his part, “categorically” denied the allegations outlined in Allred’s letter through his representative Sally Hofmeister.

Elsewhere in the Times article, Kent, 31, claimed that Emmett, with whom she has a 15-month-old daughter Ocean, once offered her $14,000 to keep their relationship a secret because he didn’t want her to discuss it under Vanderpump rules. Emmet, meanwhile, accused the author of Give Them Lala of being responsible for spreading the allegations detailed in the article.

“These allegations are false and are part of an already familiar smear campaign organized by Randall’s ex—fiancee to influence their custody dispute,” Hofmeister said in a statement to Us Weekly on Thursday, June 30, after the article was published.