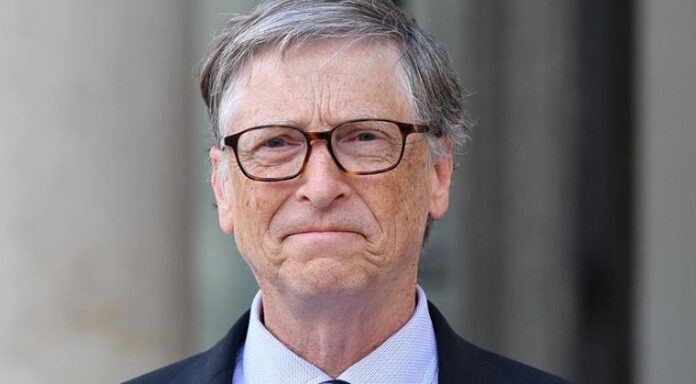 Bill Gates, the founder of technology giant Microsoft, had come up with an interesting conspiracy theory in recent weeks. According to the theory, Gates aimed to use the coronavirus to attach microchips to humans. With a survey, the number of people who believe in this theory has emerged in the USA.

Bill Gates, one of the founders of Microsoft, one of today’s largest companies, has managed to be at the forefront with his success to date. However, he has been referred to with more coronavirus in recent weeks. Bill Gates does not come off our agenda with what he says and does about coronavirus.

Describing years ago that the world will be affected by the most unexpected virus, Bill Gates resigned from the Microsoft Board to devote more time to charitable priorities such as global health. Shortly after this move, an interesting claim was made about Bill Gates.

Bill Gates claims to use coronavirus to plug in a microchip:
Roger Stone, the former adviser to US President Donald Trump, said that the coronavirus outbreak may have been caused by Bill Gates. Roger Stone, furthering his claim, suggested that Bill Gates and other globalists used this virus to make vaccines mandatory and to attach microchips to people.

This issue was addressed in a recent survey by Yahoo News and YouGov. The audience, who named the American giant TV channel Fox News as the primary news source, participated in the survey. The question asked in the questionnaire was whether they believed that Bill Gates wanted to use the coronavirus vaccine to place microchips on Americans for global surveillance purposes.

50% of Americans believe in theory:
The resulting data from the survey was quite surprising. According to the survey result, 50% of Fox News viewers who participated in the survey believed in the conspiracy theory about Bill Gates. The data obtained by the survey is not only limited to these.

Who is the source of misleading information about coronavirus?
The survey, in which 1,640 adult US people were used as national representative samples and compiled by gender, age, race and education, as well as voting, registration status and news in the 2016 presidential elections, did not only share this data. The questionnaire was also asked about the transmission of false or misleading information about the coronavirus.

More than half of the Democrats surveyed cited the Trump administration as the most misleading source of information. On the other hand, more than half of the Republicans blamed the mainstream media in this regard. Also, while only half of the respondents say they plan to become vaccinated when the coronavirus vaccine is available, this rate drops to 44% for Trump voters.