Home Entertainment 5 Years of No Man’s Sky: From The Moon To Hell And... 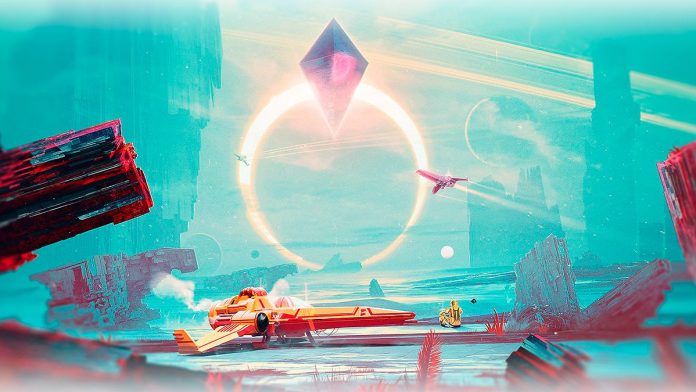 No Man’s Sky: The most famous redemption story in the video game industry, Sean Murray and Hello Games, a precedent that marked a before and after. Many of us remember it as if it happened yesterday. On No Man’s Sky launch day, a hot August 9, 2016, two players accomplished in just a few hours what its creators had described as “practically impossible.” That pair of friends managed to find themselves at a specific point among the more than 18 trillion planets that the title boasts. The same solar system, the same world, the same time. And they were unable to see each other. The ensuing catastrophe could not have been predicted even by Asimov’s psychohistorians. Many did not believe that meeting. Others justified it by saying that surely both were on different servers. And there were those who already began to raise the possibility that there really was no online mode. But at first it sounded so ridiculous … What developer would be so bold as to lie about something like that? Or so stupid. After talking about multiplayer features in dozens of interviews … did anyone really think that people would not notice its absence in the final version? Seems that if. In fact the thing was even more insulting because the developers tried to drain the bulk. “Two players meeting live on the first day. That has blown us away. We wanted this to happen, but the first day? You are playing too many right now ”. Some statements that did not clarify or admit anything and that were accompanied by the never seen before: an update on the game boxes (the boxes!). They began to bring with them a very shabby sticker that only served to cover the PEGI label that referred to “online options.” An example of elegance. Five years later it still sounds implausible.

Those who did not experience it then will think that we exaggerated, but the launch of No Man’s Sky was even more disastrous than that of Cyberpunk 2077. “Things were as bad as they can get,” its director, Sean Murray, would admit years later. It turned out that the lack of a conventional multiplayer mode was just one more lie of many that had been spilled during development. The graphics had suffered an obvious downgrade, there was no character editor, we could not land on any asteroid as we had been told, no cosmic wars in which to take sides and choose faction, no trace of random encounters and missions. , nor the intelligent animals that would react to our presence and that of others, not to mention the disappeared alien races with which we were supposed to ally or antagonize, or the supposed variety of ships that were going to be depending on whether we wanted to become soldiers or scientists. The list of absences was endless.

ATEEZ Announces That Jongho Is Hurt, Will He Be In The...