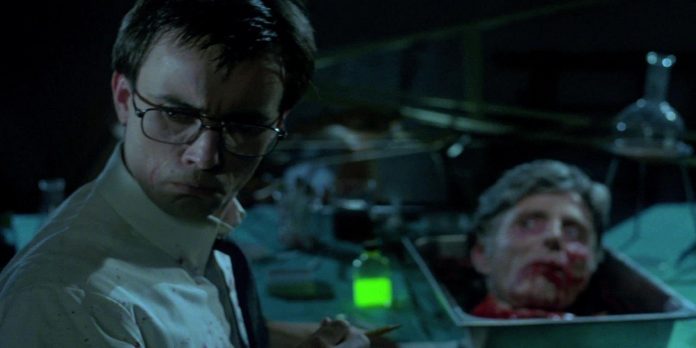 Adaptation can be a difficult art form, often leaving creators walking a tightrope between staying faithful to the material and updating it to fit a new medium. Adapting a shorter story into a longer medium, however, requires the artist to expand upon a beloved existing work and find what people enjoyed in it.

From The Thing to The Fly, from Candyman to The Black Phone, many of the biggest names in horror were adapted from short stories, novellas, or novelettes. A lower word count can often make for the perfect source material when creating a horror film with some imagination. Building something new from good bones can create a fantastic piece of art.

Stephen King’s comically prolific body of work contains something for everyone. Most movies based on short stories come from a handful of writers, the most consistent of which is Stephen King. Though the massive outpouring of cinema based on his work doesn’t necessarily always follow the source material, they do come in a variety of tones, presentations, and levels of quality. 1408 is based on King’s short story of the same name from 1999, and it’s a strong adaptation. It follows John Cusack as Mike Enslin, an unhappy author who descends into madness in a haunted hotel room. Of course, King wrote another story with that basic premise that is substantially better than 1408, but the 2008 adaptation deserves more than being overshadowed. The film is hanging on Cusack’s performance like a “Do not disturb” sign, and he’s more than willing to carry it. Among King’s catalog, 1408 isn’t the most famous, but it is a solid adaptation and a great creepy tale.

Sometimes a filmmaker has a direct line to an author that makes them one of the definitive voices in adapting their work. Frank Darabont is that voice for Stephen King, but Stuart Gordon might be the first to really connect with H. P. Lovecraft. The father of cosmic horror created “Herbert West – Reanimator” in 1922, leading to the fascinating horror-comedy adaptation in 1985. Jeffery Combs stars as the eponymous Herbert West, a medical student who creates a serum that can bring the dead back to life. Through unethical experimentation, he and his fellow student find themselves in conflict with a professor who seeks to steal the serum for himself. It’s a strange movie with one deeply unpleasant scene buried within it. Its themes are clear, its adaptation takes the bizarre elements with a healthy comedic edge, and it’s a great take on Lovecraft’s cosmic horror.

The great Bella Lugosi and Boris Karloff shared billing in eight films between 1936 and 1945. This was the final one, and one of Lugosi’s final major studio features. This strange period horror drama is adapted from the work of Robert Louis Stevenson, who is best known for novels including Treasure Island and Strange Case of Dr. Jekyll and Mr. Hyde. Stevenson’s “The Body Snatcher” is based on the true tale of Burke and Hare. The film follows a surgeon who needs cadavers for medical experimentation, a task he hires out to a cabbie and his assistant. As the bodies pile up, questions begin to rise about how exactly the cab driver is finding such fresh corpses. Released in 1945, this film certainly has some outdated sensibilities, but those who love the classics would be thrilled to see the two icons of the Universal Monsters era together for the last time.

Not to be confused with Karl Urban’s take on the iconic comic book character, this 2009 horror film takes a unique spin on a Clive Barker short story. Dread came at the tale end of the torture horror boom brought into existence by films like Saw and Hostel. Where those films got their kicks with senseless gore and needlessly complex storylines, Dread approaches torture with a more cerebral edge and a refreshingly simple concept. A deeply disturbed college student named Quaid convinces his peer Stephen to work together on a unique school project. Quaid’s pitch is to interview students about their deepest fears, quietly seeking to weaponize those deeply personal horrors against innocent people. Dread is unnerving on a personal level. The audience can’t help but imagine their own worst nightmare enacted with amoral glee. Despite a tiny budget and a small release, Dread is a fascinating horror film from several angles.

Lovecraft gets two, but frankly, the entire list could easily be underrated Lovecraft adaptations. Though the title is a bit misleading, this 2006 film is a loose adaptation of The Shadow over Innsmouth. Director Daniel Gildark and writer Grant Cogswell cleverly use the symbolic horror of the story as a more personal metaphor for sexuality, identity, and judgment. Gay professor Russ returns to his hometown to discover that his father has forged a new identity as a cult leader. The feeling of being somewhere he doesn’t belong is translated to the audience with bizarre editing choices and a horrific sense of unease. This is not a perfect film, but it’s too unique and personal to be ignored.