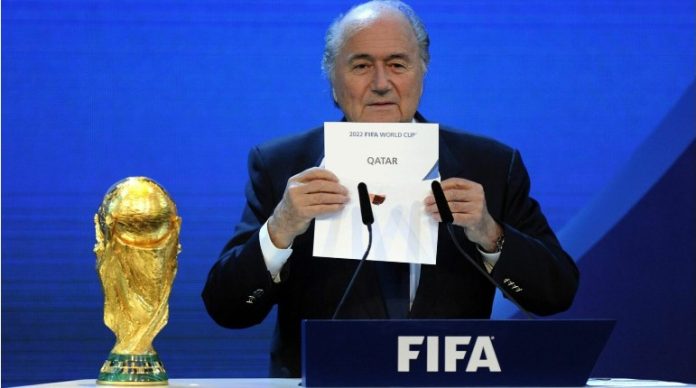 Netflix and its friendlier relationship with documentaries is no secret to anyone. While many of our documentary obsessives dwell on real crimes, there is a sea of instructive and equally fascinating documentaries. The sea, which Netflix is the proud owner of. From making documentaries about the emergence of a vaccine during a pandemic to the dangers of social media in a “Social Dilemma,” OTT Mogul has undoubtedly mastered the art. Besides being incredibly informative, another reason viewers love Netflix documentaries is that they are uncensored.

While many may refuse to release a documentary that portrays a political leader or influential person in a bad light, Netflix will be first in line to release it. A striking example is the documentary “Jeffrey Epstein: The Dirty Rich”. The latest documentary about the streaming giant is a perfect combination of all its strengths. Exciting, fearless and undoubtedly informative. Most importantly, it is very relevant to what is happening at the moment. So, without further ado, here are five things you need to know before streaming “Fifa Uncovered” on Netflix.

If you are in the mood to watch the series because of the hype it caused on the network, then here are some tips that will allow you to really enjoy the series.

FIFA stands for the International Federation of Football Associations and was founded in 1904. Initially, it included only seven countries, and now it has expanded to 211 national associations. Every four years, FIFA organizes one of the largest sporting events — the World Cup.

When did corruption start?

The 2018 FIFA World Cup, which was held in Russia, brought FIFA more than five billion dollars in revenue. However, FIFA has not always been surrounded by a lot of money. It all started in 1974, when Joa Avelange became president of FIFA. From an organization with only a dozen employees and no sponsors, he turned FIFA into the mega-event it is today. In 1974, FIFA signed an eight million dollar deal with Coca-Cola.

Despite the greatness he brought to FIFA, Havelnage is known as the football godfather of corruption. In addition, he was notorious for providing financial assistance to players in exchange for votes. Then comes his prodigy, Sepp Blatter. He seems, among other things, to be in the spotlight in the Fifa Uncovered Netflix documentary.

Who is Sepp Blatter?

In 1998, Sepp Blatter took over as FIFA president. However, it was not a smooth transition of seats. There have been countless allegations of FIFA election fraud. Many even claimed that there were envelopes stuffed with cash to buy votes. The way he came to power is also a huge reflection of what he continued to do with power.

Corruption was not the only crime during Blatter’s reign, he was accused of sexism and racism countless times. Millions of dollars were earned from bribes in exchange for the rights to broadcast one of the greatest football events. Everything went smoothly until Chuck Blazer, who was a FIFA official, was investigated.

After the investigation, Blazer jumped ship and turned in his colleagues. The biggest blow of Blazer’s revelations came from Jack Warner, another official.

One of the most high-profile scandals uncovered by Blazer was bribery, which occurred after South Africa was chosen to host the 2010 FIFA World Cup. In 2015, when Blazer was on their side, the US Department of Justice caught fourteen FIFA officials and banned Sepp Blatter. .

As mentioned above, one of the main conclusions from Chuck Blazer’s denunciations was a large bribe received from South Africa. Well, this was not the only case when FIFA officials gave an application for hosting the World Cups in exchange for huge sums of money.

Given that Qatar’s chances of hosting the World Cup were one in a million, fans are skeptical that it was a fair bid. And highlighting the fact that Qatar remains largely hostile towards LGBTQ+ visitors and there have been many accusations against the country mistreating migrant workers, the FIFA Uncovered Netflix documentary opens up space for questions.

What disappoints fans about Princess Diana in the fifth season of...

When “Scooby-Doo” and “Scooby-Doo 2” head to Netflix, James Gunn Is...