Home Entertainment 5. The Kaiju we could see in Godzilla vs. Godzilla. Kong 2 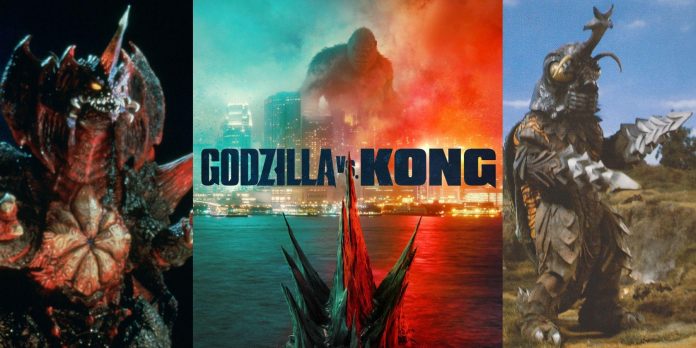 After the release of Godzilla vs. Kong in 2021, the future of the MonsterVerse franchise from Legendary Pictures remained uncertain for some time. But it was recently confirmed that director Adam Wingard will return to direct the sequel to the film, which is currently scheduled for release in March 2024.

Actors Rebecca Hall and Brian Tyree Henry will return in the upcoming film, joined by newcomer Dan Stevens from “Downton Abbey” and “Legion.” There are few details about the story yet, but the synopsis confirms that the sequel not only explores the history of the Titans, but also shows how Godzilla and Kong unite against a new monstrous enemy. While the identity of this mysterious new enemy is still unknown, here are a few iconic kaijus from the Godzilla franchise that may well be making their MonsterVerse debut soon.

Destoroyah is a unique presence in the Godzilla franchise. Despite the fact that this is one of the most famous and beloved monsters in the series among fans, he appeared in only one movie. Debuting in 1995 in the movie “Godzilla vs Destoroi”, this kaiju has the honor of being the only monster who not only defeated Godzilla, but also killed him forever — at least in one episode. Like Godzilla himself, Destoroya is a prehistoric creature that mutated with the help of human weapons. But while Godzilla was a reptile enhanced by nuclear radiation, Destoroi is a crustacean mutated by the Oxygen Destroyer: the very weapon used to kill Godzilla in the original 1954 film.

The original Godzilla treats the Oxygen Destroyer with an appropriate amount of seriousness, and its creator Dr. Serizawa fears what horrors global superpowers can arrange with such weapons if they fall into their hands. So it’s darkly poetic that, like the nuclear bomb tests that created Godzilla, the use of an Oxygen Destroyer leads to the creation of an even more dangerous creature. Equally relevant is the fact that Destoroya, the living embodiment of the weapon that killed the first Godzilla, killed his successor. The evil and bloodthirsty Destoroi is an almost demonic creature that, according to its name, exists only to bring destruction.

Despite the fact that he had only one appearance in the film, Destoroya remains a fan favorite due to his bright design, violent character, close connection with the plot of the series and the prestigious status of the only Kaiju who ever successfully killed Godzilla. So it makes sense for him to appear in the MonsterVerse as an enemy strong enough to unite Godzilla and Kong again. In addition, the Oxygen Destroyer has already been used to almost kill Godzilla in the 2019 movie Godzilla: King of Monsters, which provided the perfect setting for the appearance of Destoroi. Since the Mechagodzilla in the first Godzilla vs. Kong was also the result of the aftermath of The Monster King, it would be appropriate for the same to be true for the villain from the second movie.

Biollante, another fan favorite who had only appeared in movies once before, was Godzilla’s first Heisei-era kaiju opponent in the 1989 film Godzilla vs. Biollante. Created by a scientist seeking to resurrect his dead daughter, Biollante is a bizarre hybrid of human, plant and Godzilla DNA. Like her female Kaiju colleague Mothra, Biollante is not malicious, despite her enormous destructive power. She may look sinister, but here she is a good guy trying to protect humanity from Godzilla’s rampage because of her human origins.

However, despite her heroic origins, adaptations such as video games or comics sometimes portray Biollante as an antagonistic force, like most of Godzilla’s other enemies. It is likely that the incarnation of Biollante in MonsterVerse will give her a simplified origin, simply making her a titan of plant origin instead of a hybrid of plant, human and Godzilla. And if she does end up appearing as an antagonist, she may well be given a more villainous personality—although it’s also possible that she could instead appear as an ally of Godzilla.

A sadist with a scythe Gaigan is unusual in the gallery of Godzilla scammers. Even though he is one of the most prominent opponents of the Monster King, it seems that he always plays a secondary role in front of the other Kaiju.

Even in his 1972 debut film Godzilla vs. the Giant, he partnered with Godzilla’s nemesis, King Ghidora, as part of an alien invasion. And while Ghidora is dead in the MonsterVerse—at least for now—it’s possible that Gigan could appear as the right-hand man of the film’s main antagonist. After all, when Godzilla and Kong have teamed up, it may take more than one Kaiju to challenge them.

Speaking of Gaigan, we should especially mention his accomplice in the crime from the 1973 film “Godzilla vs. Megalon”.

RM Is The King Of The Day For His Birthday and...