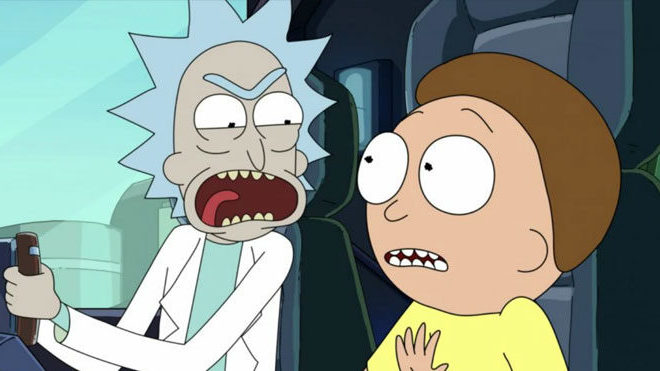 The cartoon series makers want to connect you to your phones as if they were not enough to connect them to the top of the screens. We have listed 5 addictive mobile games based on cartoon series, where you can also find download links.

It makes us all happy to see that the cartoon series we love watching on TV or the internet are adapted to a game. Whether we are children or older, there are animation series and cartoon series that appeal to us at all ages. Like Rick & Morty or South Park … We know the excitement of all these productions as a mobile game. Especially adapted to the characters and the story, the games have gained great attention lately.

The game industry, which can find materials in every field, has the power to successfully transfer people’s favorite productions from the white screen to the game world. Regardless of their content, these kinds of games really attract intense attention thanks to their reputation from television. Here are five successful mobile games where you can find download links on the iOS and Android market.

The aim of this game, which has remained true to the truth with the characters and especially the dialogues in the game, is to create your own world to fight aliens and explore the space with your favorite characters. One of the best features of the game is that the voices of the characters in the game are the same as the voiceovers in the series. Considering that the last episode was released in 2013, you will feel as if the scenario of the new season is in your hands while playing this game.

Futurama: Worlds of Tomorrow, which is offered free on both iPhone (iOS) phones and Android market, has in-game pricing like many other popular mobile games. For example, if we want the professor to update any part of the game, we have two options. You have to shorten the time using the paid pizza slices or wait for the given time.

You control the Rick character in this game inspired by the mobile game Pokemon, which many of us are familiar with. The goal is to find and collect different sizes of Morty and fight them to win the match.

Pocket Morty’s allows us not only to play games but also to discover the fourth dimension. You can develop and strengthen Morty, which you will find hundreds of different sizes, with various strategies. It is also possible to immerse yourself in Rick’s world with typologies and dialogues that stick to the story. The game is offered for free on both iOS and Android market.

This game, which is a real-time strategy game that is completely free to download and play, is addicted to it. With cards that you can collect more than 150, you can improve your characters and cause chaos in the world of South Park.

In this game, which you can play as a team, you can share your cards with your team, strengthen the characters and defeat your opponents in PvP battles with your strategies.

Family Guy, Bob’s Burgers, King of the Hill, American Dad and Futurama. If you like at least one of the cartoon series I just mentioned and are familiar with card games, this mobile game is for you. The aim of the game is to create the strongest deck and defeat your opponent from the characters that belong to these five series such as Stewie, Bender, and Tina Belcher. Each character has unique attack and defensive powers and also has espritical features of the series.

You can play with the cards already given to you in the game, or you can also research new cards or buy cards for real money to create stronger decks. When you choose the research option to have strong cards, you are faced with waiting times.

If you are a fan of Homer, be prepared to be addicted to this game. You play the character of Homer in the game and you cause Springfield to be destroyed because of your clumsiness.

The aim of the game is to rebuild the city of Springfield that you destroyed. You completely decide where to locate all the buildings in the city. At the end of each task you complete, you earn money and donuts. These awards can be used to shorten the construction period of the buildings and if you want more donuts, you can buy them for real money.

Friends List and Play Together Feature Will Come to Google Play...

Jungkook reveals his way to success with the song ‘My Time’