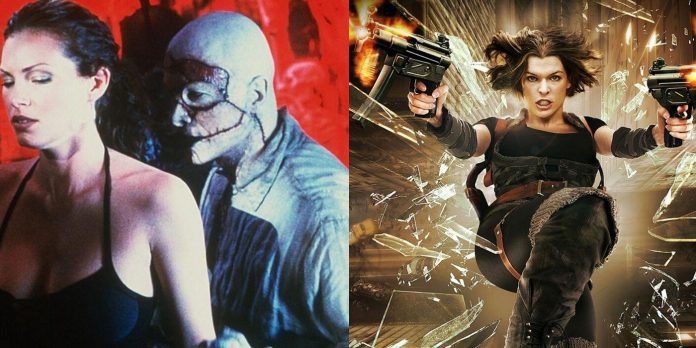 Since the medium of cinema is much older than the medium of video games, adapting the new material to the old one required some training. Video game adaptations can be good or bad these days, but it took a lot of button pushing before filmmakers learned the moves.

The creators have been making films based on video games only since 1993, the concept has not even celebrated its thirtieth anniversary. Most of this time was spent with extremely negative expectations from the public, cynical because of constant bad examples. Perhaps studios and filmmakers had to get rid of some bad habits before they could create something great.

A Super Mario Bros. animated movie should be better than a crappy live action movie.

The first American video game movie was the classic Super Mario Bros. 1993. The audience was divided in their opinions regarding the overall quality of the film. When it was first released, it was despised, but today it is considered something of a cult classic. Whatever its merits, the film has almost nothing to do with the beloved game franchise it claims as source material. Bob Hoskins and John Leguizamo are certainly dressed the same as Mario and Luigi, for the most part, but the strange future of cyberpunk adventure doesn’t make them feel at home.

This problem goes far beyond the first example. Tons of old video game movies go awry because they just shoot an unrelated movie and dress up the main actors in semi-appropriate cosplay. Max Payne’s completely forgotten 2008 adaptation starring Mark Wahlberg is almost comically out of place in its own franchise. From time to time, he sneaks into one or two scenes that seem appropriate, often out of order, but the plot gets hung up on supernatural nonsense and ends up in a complete mess. These films seem like killer attempts at sequels, not screen adaptations.

Frankly speaking, everything that Uwe Boll used in his films can be safely considered poisonous, but it was a unique circumstance. House of the Dead was Ball’s first video game adaptation and the first of his films released in theaters. Like every video game movie that Ball has dared to put his name on, it’s a terrible experience. His only value is as an object of ridicule. However, he was a pioneer in technology, which he also quickly destroyed.

“House of the Dead” is perhaps the only video game movie ever created in which the actual gameplay of the film’s source material. Often it’s a quick transition between scenes or a sharp pop-up in an action scene, but they are there. Imagine the filmmakers who can’t connect their unrelated hack with the license they were handed, and resort to simply cutting out the game material in the final release. Fortunately, Uwe Ball made sure that the fans didn’t have to imagine.

Borrow from other films wisely

Street Fighter: The Legend of Chun-Li is, strikingly, a movie based on Street Fighter and an unscrupulous copy of Michael Bay’s Transformers. Everything from editing to script and camera work seems sketchy from the widely despised but hugely lucrative franchise. The two IP addresses are incompatible, so the movie turns into a complete mess. This is not only an undisguised attempt to cash in on the franchise, with which the studio clearly did not know what to do, but also a wild misunderstanding of what people like about this material.

The problem comes into focus when “The Legend of Chun-Li” weirdly delves into the history of Street Fighter. When the crime boss of the film in a business suit takes on M. Bison, using his supernatural abilities to cleanse his soul of goodness and pass it on to the baby, all the viewers were confused. The film can be either the life story of one of the most iconic fighting game characters of all time, or a cheap copy of Hasbro’s film production, but not both at the same time. A lot of video game movies copy other movies, but they have to be smart.

Animated films based on video games are more common than live ones, but the use of almost identical visual effects makes adaptation meaningless. Tekken has been repeatedly adapted, the best of which is the recently released animated series Bloodlines. Before this series, Blood Vengeance fell out. The movie was better than its live counterparts, but it still looks like a very long cut scene from Tekken 6.

This problem is also present in the Resident Evil animation production. There are definitely good scenes in these films, but they don’t have the same level of cultural impact as their live counterparts. Since fans can view the entire cinematic repertoire of the game at will, or just play the game to get the same experience, a movie made entirely of comparable material will never be as noticeable as something new.

Codes for the live broadcast of Genshin Impact 3.0 Get free...

PlatinumGames Open To Acquisition If Its Creative Freedom Is Respected