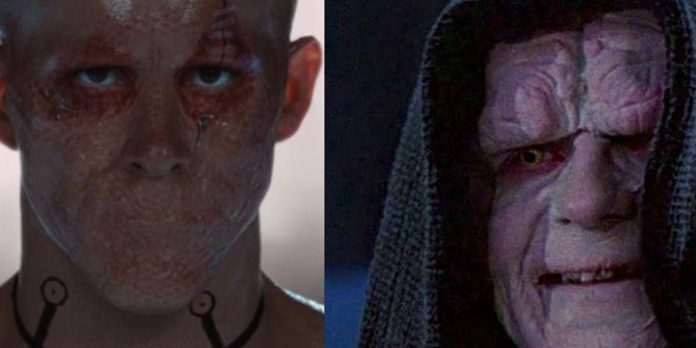 Retconning in movie franchises is more common than audiences might realize. To retcon something means to change the retroactive continuity of events or characters within a franchise. It could be as simple as a character’s origin story shifting slightly, to entire plot arcs being undone in the blink of an eye. There are many reasons for retconning, from issues like actors being unavailable to correcting heinous character creations. Retconning itself is not necessarily bad, but it can be.

This article looks at five movie franchises that made significant retcons in their timelines, some good and some bad. There are resurrections, destruction of an entire film’s meaning, and meta-fueled character origin rewrites. Even for viewers passingly familiar with the franchises, these are glaringly obvious.

RELATED: The Flash: Pros And Cons Of Retconning The DCEU

The original Highlander is a classic action/fantasy film starring Christopher Lambert as Connor MacLeod, an immortal born in the highlands of Scotland in the 16th Century. In the film, the immortals have been waging war against each other for centuries awaiting the time when only a few remain. MacLeod faces off against his enemy The Kurgan (Clancy Brown) and is aided by Juan Sánchez-Villalobos Ramírez, a Spanish swordsman from Egypt inexplicably played by Sean Connery.

The second film undoes all the lore and background established in the first by making all the immortals aliens known as Zeistians. It also establishes that Ramirez and MacLeod knew each other before meeting in the Scottish highlands, has a plot that revolves around a shield that covers the Earth to protect it from radiation, and features the resurrection of Ramirez, who died in the first film. It’s also widely regarded as one of the worst films ever made.

Ryan Reynolds finally brought the character of Deadpool to life in the 2016 R-rated film, at least in a more authentic way. Before the solo outing, Reynolds played the character of Wade Wilson in X-Men Origins: Wolverine. Comic book fans were thrilled that Deadpool was finally coming to the silver screen, but when the film came out, their reaction was less than happy. While the character was still a merc with a mouth, once he was subjected to the Weapon XI program they took away his mouth, literally, and reduced him to a silent bit part.

In the Deadpool solo films, Reynolds righted the wrong of Weapon XI by bringing a much more comic book accurate version of the character to screen. With the character being played by the same actor and being a completely different iteration, this was an easy and essential character retcon to make. It didn’t stop Reynolds from poking fun at himself and referencing Weapon XI in the narrative.

When it comes to retcons, the Star Wars universe might be the biggest offender. There is a lot to choose from in the history of the franchise, Luke and Leia being revealed as siblings after they kissed, the “who shot first” debate, and of course the introduction of midichlorians into the universe. One of the most controversial retcons in recent times has been the resurrection of Palpatine. Killed by Darth Vader in Return of The Jedi to protect his son Luke, Palpatine made an unexpected return in The Rise of Skywalker.

Apparently, in all the time between Return of The Jedi and The Rise of Skywalker, Palpatine had transferred his consciousness into a clone body. The clone was created on Exegol by Sith Cultists who had been using Sith alchemy to create bodies that could contain his power. However, none of this is addressed in the movie, and is instead expanded in the novelization of the film. Even for Star Wars, this is a pretty egregious retcon, and not even addressing Palpatine’s resurrection in the film makes the whole situation makes the film all the muddier.

Alien 3 – The Egg on the Sulaco

At the end of Aliens, Ripley, Newt, Hicks, and android Bishop escape the Xenomorph and enter hypersleep pods aboard the Sulaco. Finally safe, the survivors sleep in the hope of being rescued. Alien 3 opens with an egg hatching aboard the Sulaco, a fire, and the pods being jettisoned into space by the ship’s computer. It is seen by scans that one pod contains a face-hugger. The escape pods crash on maximum security, male work correctional facility Fiorina 161.

Once awake, it’s found that Ripley is the only survivor of the crash. Newt, Hicks, and Bishop all perished, and fans were furious. They were all fan favorite characters that had built up a lot of goodwill with audiences, and to just immediately kill them off set the tone for the film in a bad way. The placing of the egg on the Sulaco also caused a stir because it wasn’t there when they took off and there wasn’t an opportunity for it to get there.

Sam Raimi’s Spider-Man trilogy of films paved the way for superhero films to become the mainstream powerhouse that they are today, despite the best efforts of the third installment and Tobey Maguire’s dancing. In the third film, Peter Parker is affected by the Venom symbiote and also has to deal with his former friend Harry Osborne becoming the Green Goblin and Flint Marko becoming the Sandman. What’s more, instead of allowing Sandman to be a villain in his own right, the filmmakers chose to retcon a very important detail in Spider-Man history.

Dennis Carradine is the man that killed Uncle Ben in the first Spider-Man movie after Peter allows him to get away after a robbery. This event is the catalyst in Peter using his powers for good and becoming a superhero. It also drives a lot of the narrative in the first film. Then in the third film, despite the murder being shown in the first film, it is revealed that Flint Marko killed Uncle Ben. Not only does this not make sense considering that audiences witnessed Carradine commit the crime, but it reduces Sandman to yet another villain that is connected to Parker.

Two games were noticeably absent during the demonstration of Disney and...

“House of the Dragon” star Steve Toussaint is Not bothered by...