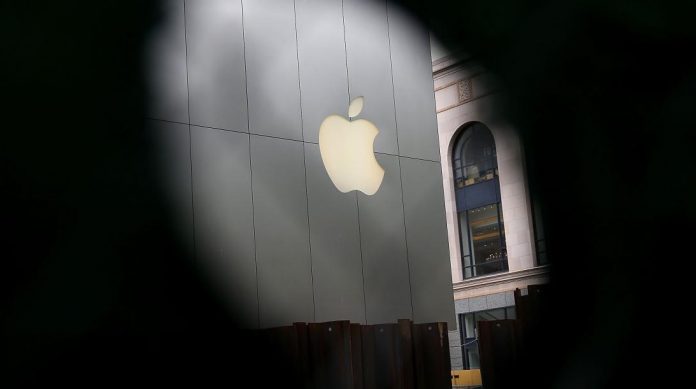 Apple is a company known for the computers it produces as well as many products that can be put on the word smart. However, like all big companies, there are initiatives such as electric cars and smart glasses that Apple prefers to keep in its safe for now. In this article, we take a closer look at Apple’s secret projects, about which we know a little.

It is no coincidence that Apple is one of the first names that come to mind when we say the technology giant. The initiative that Steve Jobs and Steve Wozniak started in a garage with the goal of building a “small computer” that could fit into homes, branched out with smartphones, televisions, and many products that created an ecosystem.

Yes, like every technology giant, Apple’s goal is to create its own ecosystem and appeal to a larger audience. This is exactly the reason behind the ever-expanding product range. Let’s take a closer look at the secret projects Apple plans for the future, from electric cars to smart glasses.

How do we know if these projects are confidential?

No matter how hard you try, it is not possible to keep some projects secret while the eyes of the whole world are on the products you are developing. The necessary patents for the products are obtained, leaks occur and many more small details come together like pieces of a puzzle over time. Each of the projects we have included in our article became public with the information that emerged over time.

We will also see new M-series processors out of the Apple kitchen:

The way Apple was able to produce its own space was to bring its own interpretation to the processors, which are the heart of all computing devices. 2020 was a year Apple finally achieved this goal. You can find the key differences between M1 series processors and Intel brand processors, which eliminates the dependence on Intel in computers.

Although there is no official statement from the Apple front, it is not difficult to see that the processors that will be named M2 are also on the way. Apple will pursue the continuation of its success with the M1 series. In order to understand the benefits of the hardware used in the manufactured computers from the same company, you can take a look at our article on what innovations Apple Mac models powered by M1 processors offer.

Among the benefits of the Apple Silicon M1 processors we mentioned are incentives to buy in the eyes of the consumer, such as increased gaming performance, faster-running applications, longer battery life and lower sales prices due to reduced costs in the future. Although Apple has not redistributed the cards in the industry with its first generation processors, we are expected to see the fundamental effects of this initiative with the second generation.

One of the strong claims is that Apple has developed a mixed reality headset by combining virtual reality and augmented reality technologies. The head, which is expected to have separate 8K resolution screens for both eyes, can operate by connecting to a device powered by Apple’s M series processors without the need for a computer or smartphone.

We shared with you that a company called NextVR, which brings together events such as concerts and sports matches with millions of people using virtual reality technology, was acquired by Apple in 2020. While this acquisition brings Apple TV + to life, it could also be a step towards increasing the scope of Apple-branded virtual reality products to be produced in the future.

The mixed reality title, which is expected to rival Facebook’s virtual reality glasses called Oculus, will allegedly be released in 2022. Apple may be planning to achieve its ultimate goal of permanence with the Apple Glass, which we will talk about in a moment, which is suitable for use all day, and then familiarize its loyal customers with a head that can be used for a limited time.

The Apple car, which is the subject of claims under the name of Project Titan, will have an autonomous driving system as well as an electric motor. According to the alleged information provided by sources close to the company, whose identity is not naturally disclosed, the date we need to turn our eyes to see this car is 2024. However, it is said that it is possible to postpone the project to 2025 as a result of the pandemic affecting every sector in 2020.

Although it is possible to launch Project Titan in 2021, according to some shaky sources, preparing public opinion for a big initiative like a car is a process that requires serious preparation. Speaking of preparation, we can’t help but wonder if the Mac Pro Wheel Kit, which was sold at the price of a new iPhone when it came out, was just to blink at Project Titan from the beginning.

The most striking claim in Apple’s electric car project is that the vehicle will be licensed to another car manufacturer. Thus, although all the technologies of the car belong to Apple, the sale will be made under a different brand name. This strategy, contrary to the policies Apple has followed so far, makes sense when it comes to car. Because entering an industry with the name Apple from scratch can result in disappointment where competition is already angry enough.

Apple satellite that will disconnect services such as maps and location from the internet:
We can hear you say, “Let the little horse eat chicks,” Mr. Webtekno, but listen to us. Especially giant companies like Apple have lots of projects. Some of these projects are implemented, some are shelved. Although we do not yet know which category this claim will be included in at the end of 2019, it is quite possible for Apple to pursue such an initiative.

While being able to use services such as maps and location without the need for the internet due to the direct data transfer on iPhones is a sufficient reason for some people, when the possibility of Apple to start selling its own internet just like Starlink, you guess that it gets pretty messy. This project, of which we have very little information for now, is expected to be clear at least by 2024.

For now, this is all we will convey about the developments in the Apple column of the Whisper newspaper. Do not forget to follow us to be informed about these and similar technological developments, and also share your comments about Apple’s projects that reveal their future plans.

Hitman 3 owns digital sales of the franchise in the UK

New features added for the web version of TikTok