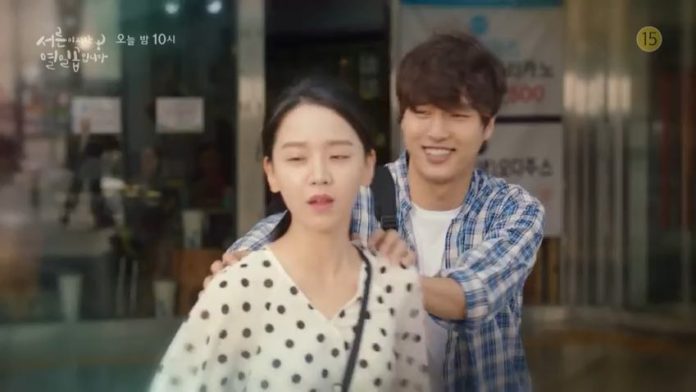 School stories are some of the ones we see the most in Korean dramas, however they always have different contexts to describe and present to the audience, using key elements to get them hooked.

The couples that arise within these types of stories take us on a roller coaster of emotions due to the conflicts they face , misunderstandings between partners, family problems, natural events, the possibilities are endless, that’s why no story is exactly the same to the other.

Also, some of the first drama stories to fall in love with audiences internationally have been school classics like Boys Over Flowers and Playfull Kiss, however there are tons of other narratives that have a lot to offer.

Check out this list of school stories and choose the next one to accompany you to do a marathon.

You may also be interested: 5 historical dramas you must see.

STILL 17
Woo Seo Ri is a prodigy violinist preparing to go to Germany to continue her studies, however, a sudden accident leaves her in a coma for years. When she wakes up she is 30 years old but she keeps her adolescent mentality, the only help she will receive to adapt to her current life is from Gong Woo Jin, the boy who caused her accident.

REPLY 1997
A group of friends shared their funniest moments while studying together in 1997, during this time the first kpop groups achieved great success and became a musical phenomenon, so they became an important part of some of the protagonists of the history. 15 years later the group of friends meet and then the love that two of them have had since their youth is discovered.

DREAM HIGH
Kirin High School of Art houses many talented students, who in addition to dealing with the problems of a normal teenager, must also constantly fight and compete to shine in order to fulfill their dream of becoming a star, all the characters are involved in different situations that complicate your mission but your goal of achieving fame should be stronger.

REVENGE NOTE
Ho Goo Hee is a student who despite having a good personality, is harassed by her peers, fortunately she has the help of someone who eventually ends up saving her even without looking for him. One day Goo Hee receives an invitation to download an app that allows him to avenge anyone who wants to just write his name, what use will he make of it?

MY STRANGE HERO
Kang Bok Su is a student who, after receiving false accusations of violence, is expelled, the worst thing is that all this conflict is caused by the girl who was his first love and another student from the same school. Now that Bok Su is an adult, he returns to that institution as a teacher, but he has not forgotten his bad experience, so he will seek revenge since his arrival.