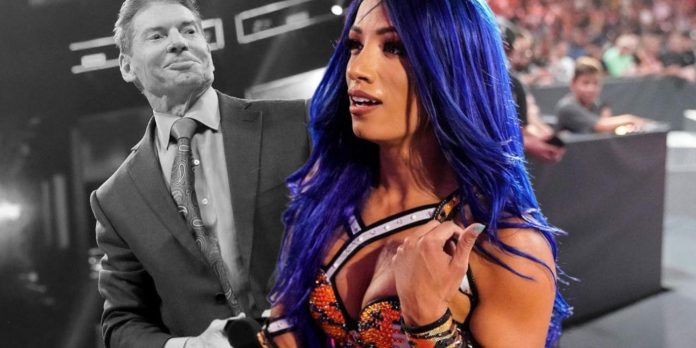 Professional wrestlers who recently departed from WWE may have a reason to return now that Vince McMahon’s retirement has invited creative change to take place within the company. McMahon announced his departure as chairman and CEO of WWE on Friday, July 22nd. Since McMahon’s creative direction previously impeded the development of certain performers, the changes expected to gradually take place within the WWE could end up enticing these old talents back to the promotion.

While Vince McMahon’s departure is easily the most shocking WWE severance in recent years, he’s far from the only WWE talent to leave the company. Well over 100 wrestlers have been released from WWE since 2020, contributing to one of the largest ever purges of contracted WWE talent. While McMahon’s role in the release of each individual superstar undoubtedly varies, for some it was always clear that they wouldn’t necessarily prosper under Vince’s vision for WWE.

Related: Dolph Ziggler Returns To WWE Raw, But Is He Still Just a Gatekeeper?

WWE widening its vision for the product, as Stephanie McMahon and Nick Khan assume the roles of Co-CEOs, could open even more avenues for performers in the modern age of professional wrestling. With promotions like AEW, ROH, and Impact Wrestling appearing more promising than ever, an evolved WWE would only help to elevate the profession further. Here are 5 former WWE superstars who could return now that Vince McMahon has retired.

After WWE superstar Sasha Banks starred in The Mandalorian, only to return and deliver more exceptional matches, it was hoped that her tumultuous relationship with the company may have finally improved. When Sasha and her tag team partner Naomi ultimately walked out of WWE this past May, shockwaves rattled through the industry. Since then, her expected return to professional wrestling has been a consistently popular topic.

One of Sasha’s biggest gripes with WWE, while it was under Vince’s control, was the lack of respect given to the women’s division and to its tag team subdivision specifically. Stephanie McMahon, meanwhile, has always been a ready supporter of WWE’s female talents. With so much respect established between Stephanie and members of the women’s roster, the WWE return of Sasha Banks could now be more likely than ever.

Unless WWE transformed completely into NXT overnight, it was always speculated that Johnny Gargano wouldn’t have a substantial career on either the RAW or SmackDown brands. While the growth of Gargano’s family certainly played a role in his decision to let his WWE contract expire, he also never fit the mold of Vince McMahon’s ideal superstar. While Johnny, like Sasha Banks, wasn’t technically released from WWE, his name remained on the lips of fans for good reason.

Related: Logan Paul Vs The Miz Is Secretly Perfect For WWE SummerSlam

Johnny Gargano was a force of nature in WWE NXT, winning that brand’s Match of the Year Award on three separate occasions. Since his departure, Gargano’s former tag team partner and storied rival, Tommaso Ciampa, was called up to RAW. Returning to WWE soon, without Vince McMahon’s insistence on big men dominating the roster, could be more exciting than ever with a Ciampa reunion possible on Monday nights.

Karrion Kross should have been a WWE champion to rival Brock Lesnar. Immediately upon his NXT debut, Kross proved himself to be the total package. He not only had the physical properties that Vince McMahon always pushed his superstars to attain, but he came to the ring with an incredible presence and performed well after the bell rang. After his character was fumbled on WWE’s main roster, Karrion Kross was unceremoniously released in November 2021.

Kross, returning to his former ring name Killer Kross since departing WWE, has since made wrestling appearances for MLW and NJPW. Still, there’s no denying that WWE opportunities were missed once Kross arrived on RAW. After WWE’s recent corporate shakeup, including the return of Kross supporter Triple H as EVP of Talent Relations, it could soon be time for Kross to return and demonstrate his immense talent on WWE’s main roster.

While former NXT Women’s Tag Team Champion Dakota Kai could certainly excel in AEW, Kai has already proven that she has great chemistry with the existing WWE roster. Much like Karrion Kross, Dakota Kai’s release in April 2022 came as a surprise to WWE fans. Her final appearances on WWE NXT even seemed to be priming Dakota for a debut on either RAW or SmackDown.

While Vince McMahon and the creative team working to execute his vision for the company failed to see a role for Dakota Kai on the main roster, it’s impossible to argue that she doesn’t have storylines and feuds already awaiting her on SmackDown. Dakota Kai’s former WWE tag team partner, Raquel Rodriguez, and her former rival, Shayna Baszler, both currently compete on the blue brand. If Stephanie McMahon’s support of the WWE women’s division elevates it beyond Vince McMahon’s scope, it may be the perfect place for Dakota Kai to return.

WWE failed Bray Wyatt. Despite consistently performing as one of the company’s most exciting attractions between 2012 and 2020, Wyatt was released from WWE on July 31st, 2021. Until Vince McMahon’s retirement, Bray’s release was arguably the most surprising company departure since Hulk Hogan’s contract expired in 1993.

Bray excelled in WWE as the leader of the Wyatt Family and again as the supernatural monster known only as The Fiend. Both times he was undone by terrible storyline booking overseen by Vince McMahon. With his success as these characters in mind, however, it’s possible for Wyatt to return as either of them or in an entirely new role.

Audiences have been clamoring for Wyatt’s return in any capacity, after all. Most recently, vignettes for Edge’s new WWE gimmick were mistaken by many as promotions for The Fiend. Learning the videos were signaling the return of Edge, a bonafide WWE legend, was a disappointment when compared to the thought of Wyatt stepping back in the ring. If Vince McMahon’s retirement as WWE chairman and CEO returns opportunity to megastars like Bray Wyatt, leaving the company may end up being the best thing Vince could have done for modern WWE.

House of the Dragon: Everything We Know About The Series And...