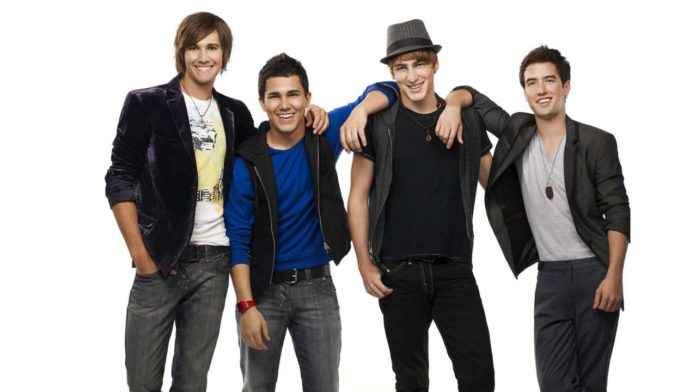 After the recent interaction with the boys, the fans have asked for a reunion of the group.

Arecent video call between the group’s members has sparked rumors about a possible Big Time Rush reunion and, after a long time, the fandom is back taking social media.

James, Kendall, Carlos and Logan showed the good relationship that they maintain and connected through the Internet to be able to provide a message of encouragement to all their fans, who were surprised to receive a notification alert when the Twitter account of these guys resumed activity.

With this virtual union, the group sent its followers a message of affection where they wish them to be well and to continue seeking their well-being and that of their families, mentioning that despite social distancing, this is an opportunity to show that we can overcoming the distance barrier using other means and which is also the perfect opportunity to re-establish contact with old friends.

However, after hearing them say that there is much waiting for us when this difficult season passes and a ‘see you soon’, the Rushers have shown their excitement at the possibility of seeing them together again in some activity. If they are not sure it would be a good idea, we have five reasons why Big Time Rush should meet after quarantine.

YOUR FRIENDSHIP
The message sent to the Rushers showed that the relationship between the members of the group continues to be incredible, they can laugh together even from a distance and find at any time a reason to have fun together. His fans surely miss seeing that interaction, so they would warmly welcome whatever they decide to do in the future.

REUNION IS IN FASHION
There are many celebrities who have excited us by meeting old friends and making plans together, we have already seen several Disney singers and actresses planning reunions and talking about their friendship, we also have the strong rumors of the One Direction reunion, Big Time Rush You cannot miss the opportunity to reunite with your fans, who have waited patiently for you for years.

REMEMBER IS TO LIVE AGAIN
During their golden age, Big time Rush brought a lot of happiness to the people who followed them within their series and as a musical group, they probably also lived through some of their greatest experiences during this stage, which they were also able to share with great friends. at your side. If the boys re-performed any of their songs together, both they and their fans would relive all the feelings they experienced years ago.

OPPORTUNITIES
This time in confinement has helped all of us reflect on our life abroad, the plans that changed and what is really important. If this situation led the boys to meet in a virtual way, it is likely that the reaction of their fans motivates them to meet again, now they have seen that despite the time, their followers remain as faithful as before, so it is about a difficult opportunity to reject.

A NEW SOUND
During the time that they have been separated, each of the members of Big time Rush has pursued personal goals, activities that have allowed them to experience another facet of their lives. While fans would love to hear about their past musical hits, they would also welcome a new musical offering from the boys, which could be attractive to them as part of a new stage in their lives.