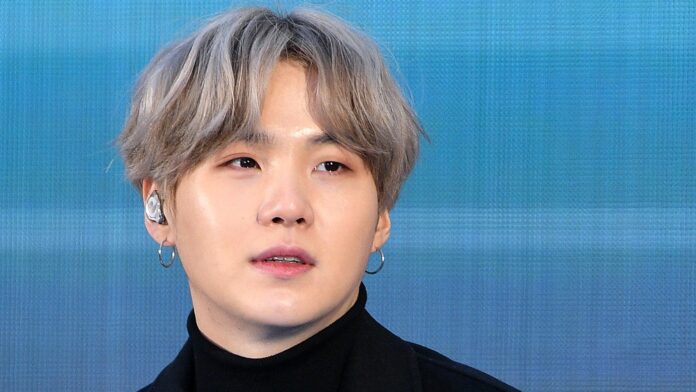 Many clues indicate that Agust D 2 could be released very soon, Suga’s second mixtape would present many surprises for ARMY.

A few days ago, a mysterious countdown published on Big Hit Entertainment’s Twitter began to raise suspicions and divide the opinion of fans, while some commented that it could be the mixtape of some member of BTS, others spoke of a collaboration.

Among the names of the candidates were Jungkook and V, despite this Internet users eagerly expected him to be Suga, the BTS rapper commented some time ago that he had already recorded his solo album, but the result had not pleased him so he decided do it again.

The theories became stronger when BTS fans realized that Agust D’s account on Apple Music had a cover photo change, causing the mention ‘Min Yoongi’ and the hashtag ‘# AGUSTD2ISCOMING’ to become a trend.

This photograph would have confirmed Suga’s return to music, the first mixtape of Agust D was released on August 15, 2016 surprisingly, the rapper’s record material was promoted with two songs’ Agust D ‘and’ Give It To I’.

COLLABORATION WITH JIMIN:
A lot of people waiting for Suga I revealed the track ‘Tony Montana’ to duet with Jimin, but this time in a studio version to enjoy more of the two voices of idols who have a solid friendship.

CONCEPT:
In the new cover photo of Suga’s account on Apple Music, the idol appears tied up and his look is in military green colors, the image may be related to the video of ‘Agust D’, where he sits sitting trying to remove his ties. Is everything connected?

DEEP LETTERS:
Suga’s first mixtape was incredibly sincere, the idol tackled very deep themes, his lyrics shocked his fans because on one hand the melody was very powerful and on the other the lyrics were very interesting and sentimental.

MORE THAN A MUSICAL VIDEO:
Suga is a very professional artist, maybe this time fans can enjoy again two videos produced especially for his mixtape, the story and concept of the MVs maybe inspired by the lyrics of his songs.

COLLABORATION WITH MAX:
Suga and Max are very good friends, they met during a basketball game when BTS was on tour in the United States, from that day the two music stars keep in touch.

Many fans suspect that Max spooled fans as he posted this message on Twitter:

J. P. Rosenbaum on the relationship after the divorce and why...