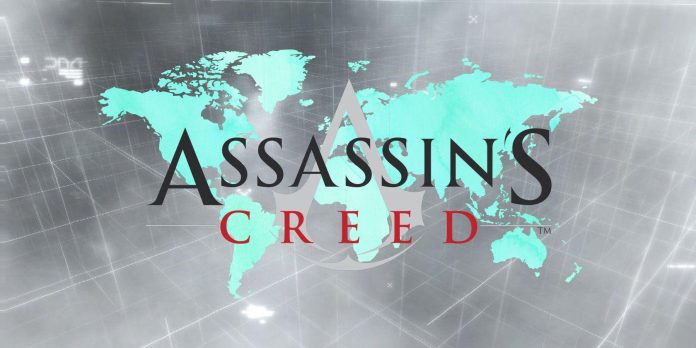 With a long line of Assassin’s Creed games dating back to 2007, it’s an impressive achievement that the series remains a significant contender on the gaming scene, with the series’ latest entry Assassin’s Creed: Valhalla marking the next step in the history-hopping, sci-fi epic. It is the series’ novel premise and sprawling storyline spanning much of human history that perhaps makes the series so memorable, with many more historical settings and events left to explore that could fit into the grand scheme of Assassin’s Creed.

However, despite Assassin’s Creed’s proclivity for globe-trotting up and down the annals of human existence, there are potentially some settings that Ubisoft might be wise to avoid. Whether it’s due to the technical challenges of advancing technology against an assassin’s arsenal to the complexities of cultural sensitivity required to safely but poignantly navigate history, it seems that the current trend of Assassin’s Creed games is to find settings away from common historical knowledge, even with recent rumors of games in the Aztec empire or Baghdad. Ultimately, this means that there will be some parts of the world fans likely aren’t going to see.

While it’s possible to make the case that since the American Civil War was in its own right a different period of American history, easily distinguishable from the events of the American Revolutionary War, it’s difficult to look past the obvious similarities this would have had for an Assassin’s Creed game set just decades apart. Furthermore, though revisiting American history might be an interesting continuation to Connor and Aveline, and their stories from Assassin’s Creed III and Liberation respectively, attempting to parse the very difficult history of American slavery and the resulting Civil War might be a challenge that Ubisoft wouldn’t feel comfortable tackling.

Objectively, the European colonization of Australia, especially by that of the British, would make for an excellent backdrop to an Assassin’s Creed game. Reflecting similar story beats of Assassin’s Creed III, the game could focus on an aboriginal native rising to be an assassin to combat the colonizers, or it could take a unique direction of following a prisoner shipped to Australia that is forced to fend for themselves while still learning to be a moral person through the Brotherhood. However, the vast expanse of Australian land to cover and the scarcity of dense towns or cities that Assassin’s Creed tends to rely upon would mean the game’s formula wouldn’t work well.

Setting an Assassin’s Creed story within Japan would be another idea that on paper seems to have all the hallmarks of a great game. With a vast history of feudal Japan and extensive mythos to parallel with more recent games such as Odyssey and Valhalla, exploring the life and lineage of a Japanese samurai turned assassin would be the best choice on this list. Given the latest rumors of a possible Japanese setting for or after Infinity, it would seem that this has more potential than other examples. However, the rumors are still unconfirmed, and it’s worth noting that Ubisoft has previously gone on record claiming it didn’t plan to set a game with feudal Japan.

Arguably the most significant period of history that comes to everyone’s mind would be the First and Second World Wars. However, while Assassin’s Creed has already proven its capacity for venturing into more recent history with Syndicate, and fans continue to ask for a game set in the modern day, the expansive and interwoven history of both World Wars would make pinning down one particular story and character very difficult. In addition to this, the technological advances made in both World Wars, such as the introduction of the machine gun, tanks, and even rockets would make being an assassin an even greater challenge to develop.

As a combination of both being too large and underpopulated, coupled with the lack of significant history beyond the early exploration of Antarctica, it would arguably be the most unlikely setting for a future Assassin’s Creed game. This isn’t to suggest the potential isn’t there, though, as the game could play fast and loose with the chronology of Antarctica’s exploration and blend in Black Flag’s sailing for an open-world Antarctic adventure. Suddenly the concept begins to sound very interesting and unique, but even then the development required might just be too much for Ubisoft, so it will probably remain above all other examples as the least likely.

Currently, it’s difficult to say with confidence where the next Assassin’s Creed games will be set. The latest settings seem to suggest that Ubisoft is favoring more ancient or medieval settings with the likes of Origins, Odyssey, and Valhalla, but with the whole world at its disposal, the studio could take players anywhere. With an ever-increasing narrative of the first civilization, the Brotherhood versus the Templars, and the modern-day characters trying to navigate the epic before them, Assassin’s Creed could take any direction it likes.

Spider-Man: Guarantees Not on No Way Home

Star Wars Battlefront 2 Will Fix A Bug That Makes It...