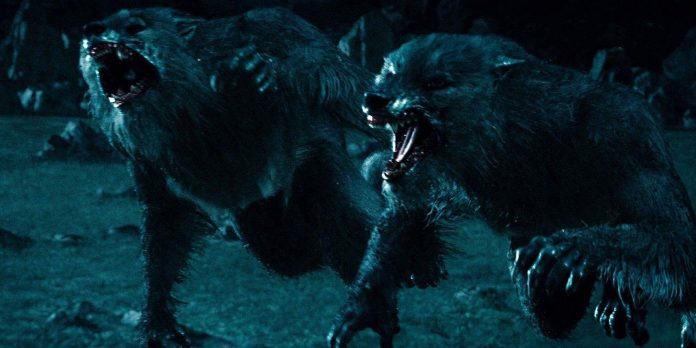 A werewolf howling at the moon is an iconic image, recognized by horror fans worldwide. Werewolves have been around in folklore and film for as long as both have been around and are a popular staple of the genre. Universal Monster movies brought prominent horror characters to the forefront starting in the 1930s and continuing to this day.

The werewolf genre is stacked with impressive, as well as not-so-impressive, entries, but some are held in much higher regard than they deserve to be upon re-watching them. Here is a list of the most overrated werewolf films out there from classic creature features to 80s comedies.

1941 feature The Wolf Man starring Lon Chaney Jr. was the second werewolf film produced by Universal Pictures after Werewolf of London. A much more commercially successful film than its predecessor, The Wolf Man spawned four sequels in which Chaney reprised his role. The film is a great work of art for its time, with the film frequently acclaimed for its production design.

In retrospect, did the film warrant as many sequels as it led to? No. The quality of the films declined greatly with each entry, and the look of the Wolf Man itself is not in any way scary. The fact that all the sequels also involved other Universal Monsters is also telling, showing that the character wasn’t strong enough to hold films on its own. It deserves its place in history, but it isn’t the greatest werewolf film of all time, as it is often heralded.

For many teens in the 80s, Teen Wolf was a formative horror comedy film. Featuring Michael J. Fox as the titular teenage werewolf, Teen Wolf follows desperately average teenager Scott Howard who longs for a more exciting life and gets his wish when he begins to transform into a werewolf. Naturally, he then becomes the school’s basketball star player and gets all the popularity and thrills he could have ever hoped for.

While it’s a fun cult film, the glow of nostalgia has been a little too kind to Teen Wolf. The plot itself is extremely thin, although the premise is a fun approach to the werewolf genre. The werewolf aesthetic is also laughable upon revisiting the movie now; however, that can be forgiven due to the film being a comedy and the time it was made. What can’t be forgiven is the weak script and less than convincing acting.

Underworld: Rise of The Lycans

The third entry in the Underworld franchise is actually a prequel. The film takes place as the war between the vampires and Lycans begins. Lycans have never been able to take human form until Lucian is born. Lucian is swiftly taken and raised by vampire elder Viktor who wants to create an army of Lycan slaves indentured to the vampires. Lucian falls in love with Viktor’s daughter Sonja, throwing Viktor’s plans into disarray and leading them all down a path towards tragedy.

Underworld is a bewilderingly popular movie franchise. It is a fun series of action films that adds vampires and werewolves to the mix, but the fact that it has multiple sequels doesn’t tally with the quality of the story. This is never more apparent than in Rise of The Lycans, where Lucian and Sonja basically spend the movie trading places being imprisoned and rescuing each other until the inevitable death of Sonja. It’s a tired and overused trope that has had folklore monsters shoehorned in.

2004 Hugh Jackman film Van Helsing was rightfully maligned upon its release. Jackman plays the titular monster hunter Van Helsing, loosely based on the character from Bram Stoker’s Dracula, who encounters every conceivable and well-recognized monster from movie and literary history during the course of the film. Dracula, Mr. Hyde, Frankenstein’s Monster, and werewolves all show up, leading to Van Helsing being bitten by a werewolf and infected.

Van Helsing is busy. Far too many monsters were crowbarred into the film, leaving it feeling messy and rushed. For some reason, in the last few years, there has been a resurgence of love and a rose-tinted glasses point of view regarding the film. However, that doesn’t change the fact that the movie is poorly paced, poorly written, and features some extremely hammy performances.

1994 romance and horror genre mashup film Wolf stars Jack Nicholson as Will Randall, a man who is bitten by a black wolf that he hits with his car and whose life immediately begins to spiral out of control. He loses his job to his protégé, who also happens to be sleeping with his wife. To top it off, he is slowly transforming into a werewolf. Allying himself with Laura, the daughter of the tycoon heading the publishing house where he works, Will looks to start a new life but is hindered when people begin turning up dead.

While it is an undoubtedly great film with a suitably deranged performance from Nicholson, the film is often lauded as one of the great werewolf movies. Despite the acclaim, it does often feel like a Lifetime Network television movie with a werewolf sub-plot shoved in to spice it up.

GTA 6: Insider Says Game Will Have Bitcoin As in-Game Currency